The seventh edition of the Guyana Floodlight Softball Cricket Tournament was this morning launched at the Demerara Cricket Club, Lance Gibbs Street. The competition which is one of the most anticipated sports events of the year will run from November 3 to 5, 2017, at various cricket grounds across Georgetown. 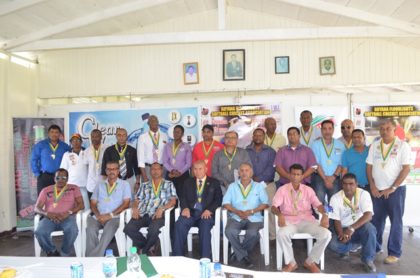 Minister of Social Cohesion with responsibility for Sports Dr. George Norton congratulated the pioneers of the games for hosting such a prestige tournament and opined that it will raise the profile of the sport in Guyana. The Minister said that the inclusion of overseas players will not only benefit local players but also boost sports tourism within the country.

“It will certainly benefit Guyanese economically, socially, culturally and mentally. Money, of course, will be injected into the local economy since tourist destinations, hotels, beverage companies, taxi services food suppliers and entertainment centres will all benefit from this activity”, Dr. Norton explained.

According to Minister Norton, the tournament will help with the development of softball cricket in the country, noting that his ministry is proud to lend support to a contest of such a magnitude.

The competition was also hailed Guyana’s very own cricketing legend, Roger Harper. He noted that tournament is great for showcasing Guyana’s tourism products and will definitely raise the profile of sports in Guyana. Harper also called on Minister Norton to place greater emphasis, application and drive as it relates to the development of sports in Guyana.

The competition will feature an Open and Masters category along with a women’s exhibition match. First prize for both categories include a trophy and $800K, the second prize includes $200K and a trophy.

Apart from the competitive and exciting on-field action, there will be a host of activities beyond the boundary, with patrons set to win a plethora of prizes including tickets to various destinations across Guyana, and hampers. There will also be several giveaways by the various sponsors which include Rubis, Mike’s Pharmacy, Survival Group, Trophy Stall, Steve’s Jewelry, AR Jiwanram Printery Incorporated among others. 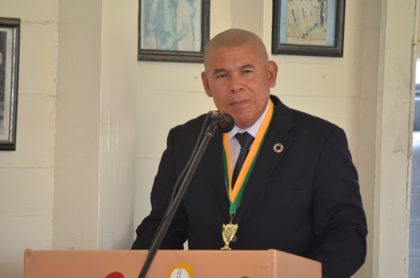