Minister Garcia-Casas outlined ways in which Spain could be of assistance to Guyana, including promotion of the Spanish language, culture and tourism in Guyana. 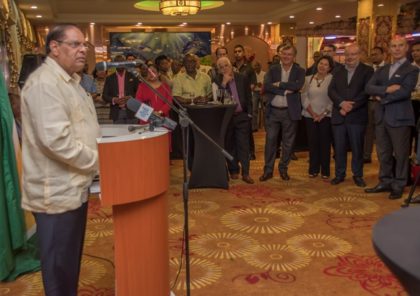 Prime Minister Nagamootoo emphasized the strategic location of Guyana as a gate-way for Countries North of the Atlantic and the Caribbean.  The Prime Minister continued that Guyana stands ready to partner with Spain to prevent deforestation and to protect our environment.

Prime Minister Nagamootoo expressed hope that Guyana would be invited to participate in Cultural exhibitions and art shows in Spain, which are scheduled to be held there later this year.

Late Friday evening, the Prime Minister, Vice-President Carl Greenidge and other Ministers bid farewell to the Spanish Secretary of State at a function hosted at the New Thriving Restaurant in Providence by Honourary Consul Mr. Brian Tiwari.  They also welcomed the new Spanish Ambassador to Guyana, Javier Carbajosa. 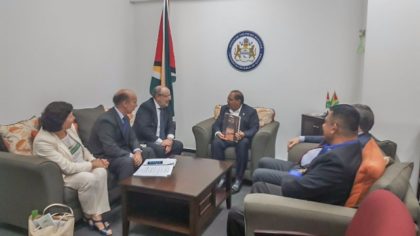 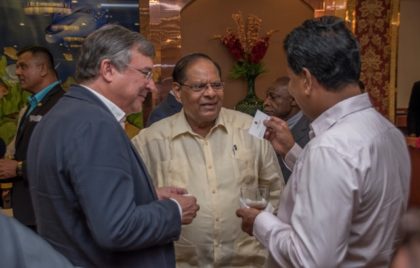