Guyana to bid for 2022 CAC Championships

This is according to the president of the Guyana Body Building and Fitness Federation Keavon Bess who spoke to the media on Wednesday.

“Once we are successful in our bid, we will bring to Guyana at least a minimum of about 25 different countries; I don’t see anything on the cultural agenda or the sports agenda that sees that amount of athletes coming to Guyana for whatever reason.” 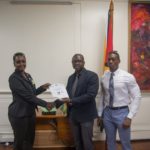 President of the GABBFF Keavon Bess presenting the Bid document to Assistant Director of Sport Melissa Dow Richardson in the presence of Gold Medalist Kerwin Clarke. 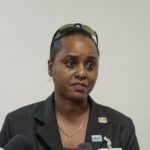 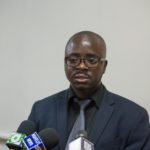 According to Bess, he will be part of a three-person local team which will bid at the 2020 General Assembly in Colombia.

A lack of finances scuttled plans to bid for the 2021 tournament, but Bess is optimistic about their chances of making it to Colombia and succeeding next year.

“In 2004 we did such a good job in hosting I believe that our reputation speaks for itself and the past 15 or more years we have been sending athletes to compete at CAC, and they have been returning with hardware, so we are a stakeholder at CAC. There is no reason for us not to be granted permission to host 2022,” he remarked.

The National Cultural Centre was the venue for the 2004 tournament, and Bess believes it could be again.

“The infrastructure is there, accommodation, host venue, weigh-in venue, we have all of that covered,” he added.

“I have every expectation and confidence that this competition will be supported and other federations and associations that have their ducks in a row, their books in order, who seek support from the government will get it, that is what we need for our athletes at the grassroots level as well as our internationally outstanding athletes like Mr. Clarke,” Dow-Richardson noted.

Clarke won gold at this year’s tournament in the Dominican Republic on October 13.