A team from Guyana will be travelling to Belgium to finalise negotiations on the European Union-Forest Law Enforcement Governance and Trade (EU-FLEGT) Voluntary Partnership Agreement (VPA). The VPA seeks to certify Guyana’s forest products for export to the EU.

Minister of Natural Resources Raphael Trotman recently said this agreement is to be finalised in July.  “We are in the final stages of negotiation with the European Union, and I met with the Chief Negotiator about two weeks ago, and a large team is to leave Guyana, I believe around July this year to Brussels, to conclude this agreement,” the Minister said. 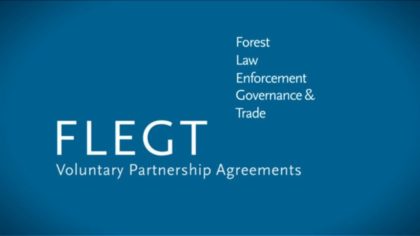 Guyana began negotiations with the EU on the FLEGT VPA in 2012.  Minister Trotman had previously told the Government Information Agency (GINA) that Guyana was unable to finalise the agreement last year because travel to Brussels was postponed because of internal issues in Europe.

Despite the delays, Guyana has been doing its part towards fulfilling requirements leading up to these final rounds of negotiations. A local Forest Law Enforcement Governance and Trade (FLEGT) facilitation support office was established and a National Technical Working Group (NTWG) has been established and conducted engagements with stakeholders to build public education awareness of the EU-FLEGT and the VPA.

Earlier in the year, Commissioner of the Guyana Forestry Commission James Singh had noted that these are tenets of the agreement. “The voluntary partnership agreement is not about only a timber trade agreement, it’s also about improving legality, therefore reducing illegality, (and) improving forest governance,” the Commissioner noted.

The VPA will see Guyana having access to more lucrative markets in the EU for its timber products, improved governance at all levels, more revenues, capacity building, international recognition of credibility and reform policies and laws where needed.

FLEGT aims to reduce illegal logging by strengthening sustainable and legal forest management; improving governance, and promoting trade in legally produced timber through its action plan which was established in 2003.