The Guyana booth set up at the CARIFESTA XIII Grand Market is a sight to behold. Guyana’s rich culture and diversity was beautifully displayed for patrons to enjoy and is being admired by several Guyanese and foreigners alike.

Hundreds of patrons traversed the CARIFESTA Grand Market examining and supporting various booths. Guyanese based Barbadians were also in the large crowd including Linden born, Olwyn Bristol who described the Guyanese both as the best on display.

Bristol is a proud Guyanese, who is confident that Guyana has the best crafts. He is also aware of the development back home he opines, “the place is cleaner, the economy is advancing though people not seeing it, it really is, I would encourage anyone to go to Guyana it is the best. I’m also moving home soon.”

United Kingdom tourist, Charity Nichols is also impressed with the Guyana booth. Nichols said the booth shows the wide array of Guyanese products. “I’ve already seen the baskets and everything is so interesting. I want to see more creative products that are made in the Caribbean and have a good time at the CARIFESTA,” Nichols said.

Head of the Guyana Art Delegation, Patricia Helwig told the Department of Public Information that locally made jewellery, basketry, tie dyed fabrics, the various cultural clothes and locally made products are all on display at the Guyana booth.

Helwig is excited to be a part of CARIFESTA XIII and proud to represent Guyana internationally. She is expecting Guyanese and tourists to support the Guyana booth and to secure international markets for Guyana’s wide variety of products.

CARICOM Secretary General, Irwin LaRocque, was also spotted eying the various booths at the CARIFESTA XIII Grand Market. The Secretary General like everyone else is also excited for the CARIFESTA and is positive that it will be enjoyable. He noted that the various cultural shows that will be depicted will display “part of our Caribbean civilisation, who we are and where we’re going.”

Local Guyanese business owner, Jenell Pierre of Bow Jay Bowties and more also has a Guyana booth set up at the CARIFESTA XIII Grand Market. Though Pierre is not a part of the national contingent she is a proud Guyanese showcasing Guyanese talent through her business. Several persons could be seen eyeing Pierre’s booth as they passed. She is also using this opportunity as a platform to forge international networks. 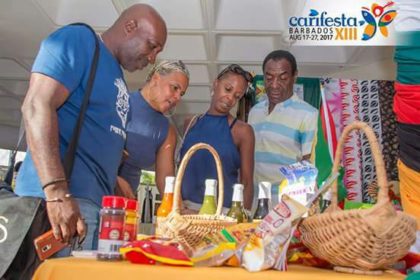 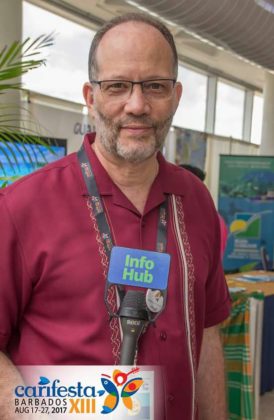 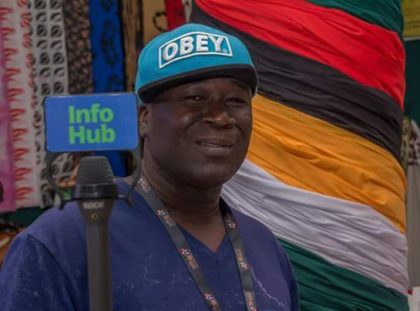 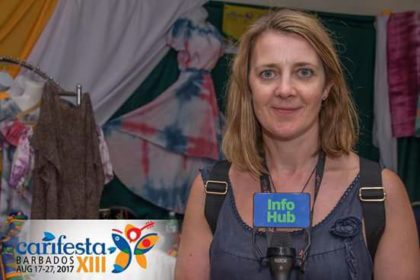