May 09, 2019 Department of Social Cohesion, Government, Ministry of the Presidency, News

― event to be held in Reg. 6, stakeholders welcome opportunity

The plan to host the third ‘Harmony Village’ in the East Berbice-Corentyne Region was welcomed by stakeholders, as the Department of Social Cohesion held its first planning meeting for the event.

The meeting was held at the Skeldon Heritage Resort with various stakeholders from across the region to discuss how they can effectively host the activities for the event. The stakeholders included both government and non-governmental organisations, religious bodies, youth groups among others.

The site where the event is slated to be held.

Stakeholders at the first planning meeting for Harmony Village.

President of the Sri Sri Jagannatha, Prasad Mandir Iskcon Mahendra Balram said “it is a great idea and I think the people will benefit a lot from it. They will be exposed to a lot of activities from our communities, so by having this a lot of people will be out there to see what we are doing.”

Raslij James representing the Congenial Cultural Foundation noted that “it is a good idea because it gives us an opportunity to showcase our talent, our food, our craft and all the local aspects of our culture.”

Member of Parliament, Barbara Pilgrim also echoed similar sentiments stating that “the time is just right. So, I see it as an opportunity to bring us together, to do something meaningful to foster unity and cohesion.”

Department of Social Cohesion, Culture, Youth and Sport, Acting Programme Coordinator, Natasha Singh-Lewis said that the event aims to build a unified country. She also noted that as the first two Harmony Villages were held in Georgetown; this meeting was necessary since it allowed for the involvement of the regional stakeholders in the planning of the event.

The meeting was deemed a success, and another will be held to finalise logistics.

The Harmony Village is slated to be held on June 26, 2019, in the compound of the Skeldon Heritage Resort with some 60 booths. 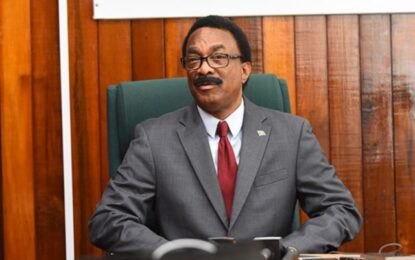 Author Details Alexis Rodney Author email alexis.rodney@dpi.gov.gy DPI, Guyana, Monday, May 25, 2020 Attorney General (AG) and Minister of Legal Affairs Basil Williams, SC has weighed in on the ongoing contention over the role of the Guyana Elections Commission (GECOM) in resolving the incidences... END_OF_DOCUMENT_TOKEN_TO_BE_REPLACED

Goods coming from Brazil to Lethem to be

Guyanese stranded overseas must fill out...

Travel Advisory for Repatriation of...