Hope Estate back on its feet

-Hope Estate’s Coconut Nursery among the best in the Caribbean

General Manager Ricky Roopchand told DPI on Monday that the infrastructure had been neglected.

“Many of the canals, drainage and irrigation systems were blocked and farmers could not have benefited from these services.” 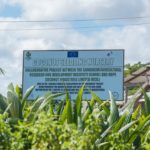 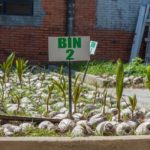 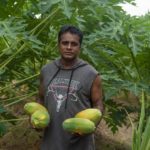 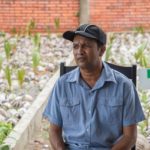 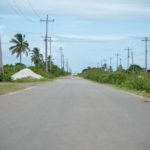 Fairly new constructed road at the entrance of HCIL

However, the entity has gone from rags to riches under the management spearheaded by Roopchand and the board of directors with crucial support from the Ministry of Agriculture.

Today the estate has expanded to 3,000 acres, with 860 acres for rice cultivation, 930 acres for cash crops, and about 200 acres dedicated to livestock rearing. Some 298 small farmers are tenants there.

“It has moved from a situation where it was almost bankrupt, where the staff could not have gotten their salaries, and now we are in a better financial position, people are getting paid on time for the past three years,” the General Manager explained.

Of the several income-generating projects, the primary income earner  is the coconut nursery which is considered one of the most productive in Guyana and the Caribbean

According to Roopchand, the coconut nursery project began with five beds with 150 seedlings per replication (every three months). However, with support from the Caribbean Agriculture Research & Development Institute (CARDI), the European Union and Ministry of Agriculture, the nursery increased to 84 beds with 100,000 seedlings per year, or 25,000 every replication.

Another project that is bearing fruit is the Canadian-funded project, Promotion of Regional Opportunities through Enterprises and Linkages, which rents equipment to farmers at an affordable cost.

It has led to the development of the Rural Women of Hope Estate programme.

“In terms of production, they [the Rural Women of Hope Estate] are doing well…they are supplying supermarkets and looking at setting up a hydroponics farm,” Roopchaned disclosed.

Other benefits include the construction of a shade house and providing the necessary training and material such as seed and fertilisers for cultivation.

Looking ahead, Roopchand emphasised the need for an excavator and a tractor with a few implements, to maintain the dams. He noted that these were promised by the ministry’s Agriculture Sector Development Unit and he is expecting to receive these shortly.

Roopchand also thanked the Minister of Agriculture Hon. Noel Holder, for his support and vision, to see the estate become sustainable.