—no new breach at Prospect, Mahaicony

According to a release from the ministry, the news article gave the incorrect impression that there was a second and recent breach to the sea defence. The erroneous Guyana Times article stated that within two weeks of a temporary fix being put in place to ease flooding along a section of the Mahaicony sea defence in the Prospect Estate area it, had been breached again due to “the high tides and the continuous rainfall experienced over the past weekend”.

The Public Infrastructure Ministry underscored that this was “patently false” since reinforcement and strengthening works are being undertaken to prevent the occurrence of another breach. The release went on to say that both Minister of Public Infrastructure, Hon. David Patterson and also Minister within the Ministry, Hon. Jaipaul Sharma had clearly explained this.

The defence in the area had, for some time, been a combination of mangroves as a primary defence backed by earthen dams. However, due to the constant erosion of the shoreline, the mangroves were lost over time. 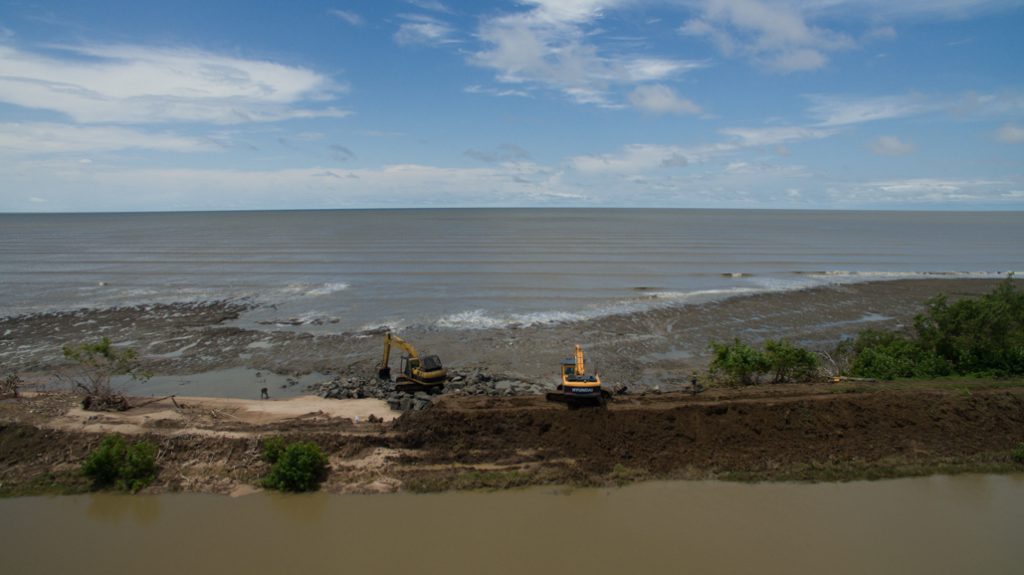 Excavators work to reinforce the defence at Prospect. 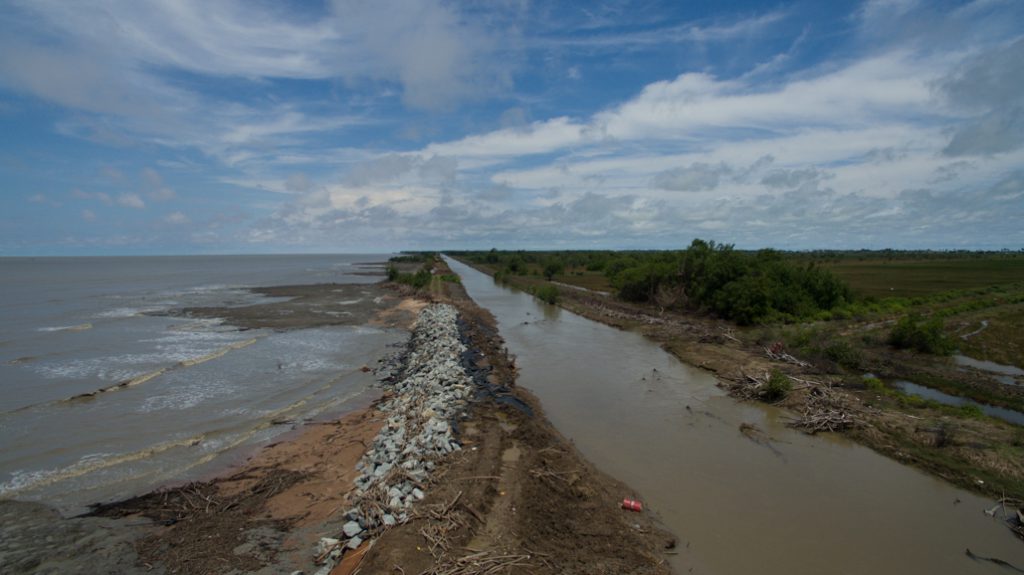 The reinforced Colombia section of the sea defense

As recent as July 29, Minister Sharma conducted a visit to Mahaicony to inspect works being undertaken to reinforce the shoreline from Danzigt to Broomhall. At Danzigt, over 5,000 tonnes of boulders were laid to strengthen weakened sections of the earthen embankment. Also, a timber bridge was constructed to facilitate the transfer of materials.

The Junior Infrastructure Minister explained that to avoid breaches at the location, a monthly check has been implemented. This is to “monitor the situation to ascertain the level of erosion in relation to the removal of the mangroves by the aggressive waves during the high tide-spring tide.”