JetBlue planning-team to arrive in Guyana in Sept.

“They will be mounting a mission next month… the first or second week of next month. They will start looking at things like facilities, hotels, staffing,” said Minister of Public Infrastructure Hon. David Patterson in an exclusive interview with the Department of Public Information.

The minister was responding to the reports that that the American carrier is expected to add Guyana to its international routes in early 2020.

“From my understanding, they received the aircraft late, so it is pushed back a bit. They were supposed to start in November and they are still pushing [towards the launch of operations in Guyana],” Minister Patterson explained. 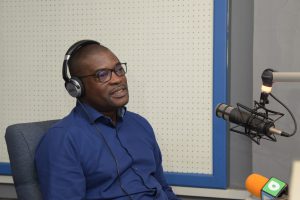 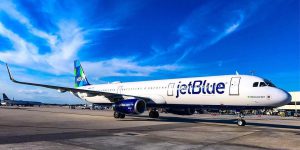 Furthermore, while noting Guyana lacks a direct link to Europe, progress is being made in that regard.

According to Minister Patterson, “The [Guyana] High Commissioner in the UK contacted us saying that Virgin Atlantic was looking at Guyana and they are doing their 2020 routes-hubs programme, and they say they want Guyana to be a part of it.”

Minister Patterson stated that he will work alongside the Minister of Finance, Hon. Winston Jordan to examine the feasibility of Virgin Atlantic’s expansion of service to Guyana.

“That hasn’t been resolved as yet, but there is an ongoing discussion… I have made phone calls directly to the [Guyana] High Commissioner to the UK and empowered him to talk directly to Virgin about bringing their services here.”

Commenting on Guyana being an attractive hub for other airlines, Minister Patterson expressed confidence that with ‘first oil’ in 2020, many more airlines are expected to come on stream.

With the Guyana Civil Aviation Authority turning the sod last Friday for its new headquarters, Minister Patterson said “the need for a robust and an increased GCAA is indisputable,” as Guyana’s aviation sector increases.