Georgetown, Guyana – (September 29, 2016)  Residents are appreciative of the David G initiative which is bringing them much reprieve from the financial hardships of sending their children to school, but they still have several pressing concerns, many of which they raised with Social Protection Minister Volda Lawrence and Member of Parliament John Adams when they visited Region Six yesterday.

These concerns were raised when the Minister and Adams stopped at the St. Francis Community Developers to meet members of the public to address social issues. Among the main issues highlighted for urgent action were the lack of jobs, security in the community, and teenage pregnancy.

Minister Lawrence apprised them of several initiatives undertaken to address social issues such as teenage pregnancy. She also noted that Government is working assiduously with numerous partners to address job creation. Similarly, the Ministry of Public Security and the Guyana Police Force are working to reduce and prevent crime countrywide. 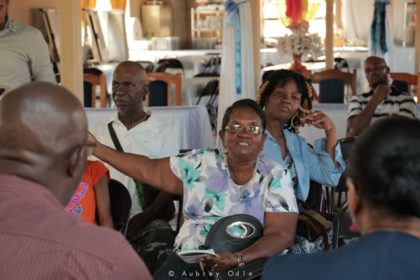 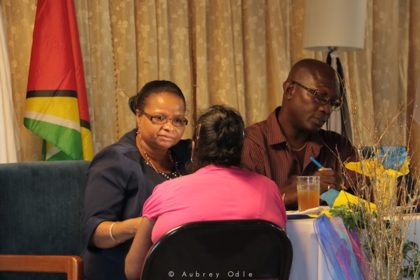