The Ministry of Social Protection, Department of Labour, has closed 23 labour related complaints, ten of these through the courts. This is for the period October 14 -20, 2016.

Of the remaining 270 complaints, 26 have received part payment, 143 are pending matters, 82 are before the courts and 19 are being prepared for courts. 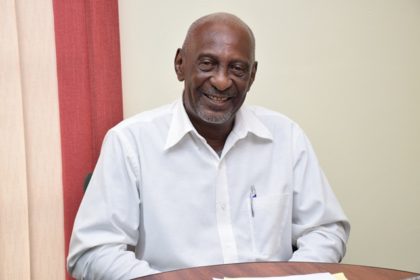 The Department of Labour was able to secure payment of $664,000 owed to workers as either wages earned or severance pay

In an interview within the Government Information Agency (GINA), Minister within the Ministry of Social Protection, Keith Scott, said that there were 293 complaints that were brought forward from the period before October 14. Nine new complaints were received during the period under consideration.

Scott said he is satisfied with what the Department has accomplished so far for workers. “We are on the ball and we have been successful in taking employers to court but not only taking them to court but recovering monies that are due to workers,” the minister said.

Scott said the department is aware of the labour transgressions that take place in the busy commercial area of Regent Street. He said that labour officers have met with store employers and employees to address these matters.

According to the minister, employers who are guilty of transgressing labour laws are now seeking out of court settlements with the wronged employees.

Scott said that the Labour Tripartite Committee, comprising the government, private sector and trade unions, is meeting regularly  and discussions have started on the need to revise the Labour Act. “Most likely in 2017 you will be seeing a fresh set of laws that will be bought more in line with national and international practice,” Scott said.