Close to 30,000 students across East Berbice – Corentyne (Region Six) will benefit from Government’s $4,000 uniform and school supplies voucher, with some $90 million being expended on the exercise in the region.

Minister of Labour, Hon. Joseph Hamilton was part of the ministerial team which facilitated the exercise on Saturday. 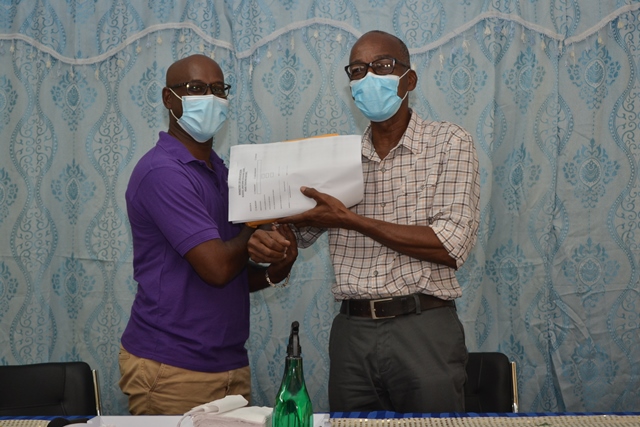 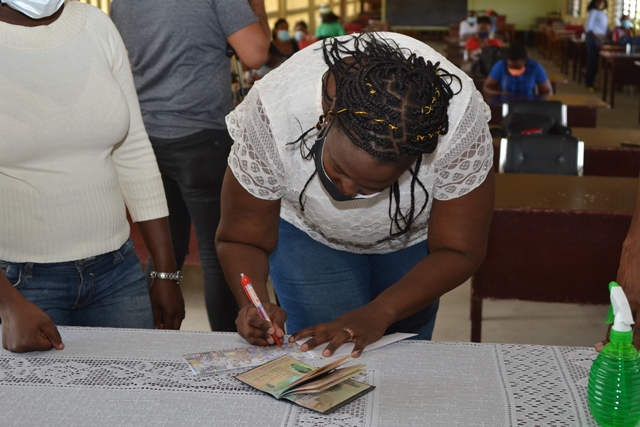 A parent signs the document before receiving the uniform voucher. 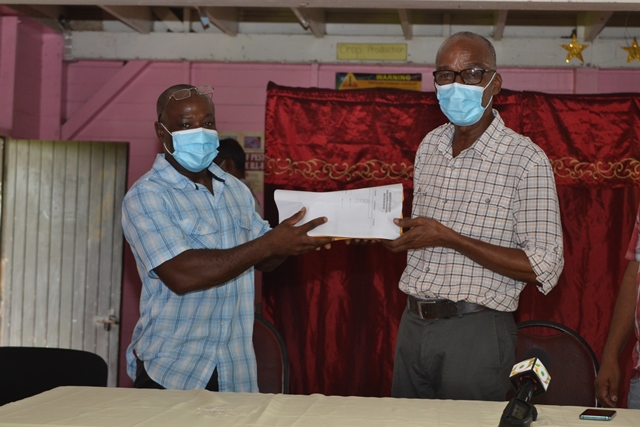 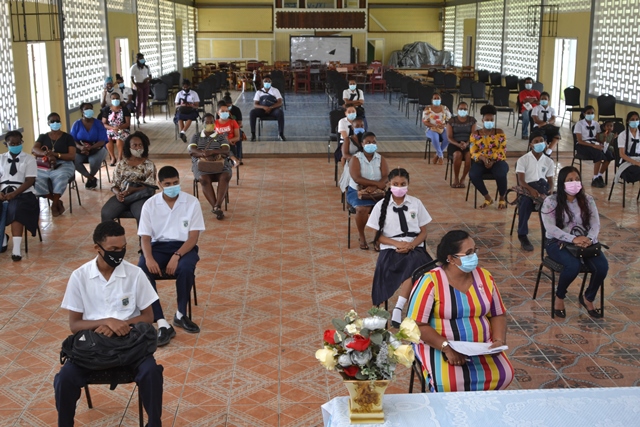 Parents and students at the Berbice High School waiting to receive their school vouchers.

“This engagement is basically illustrating to you the parents of how keen Government is on education. This is just the beginning of Government’s assistance for parents and even you teachers who are also parents. We will help to ease the burdens of parents to ensure their children can go to school,” the Labour Minister said.

Further stressing the need for enhanced education, the Labour Minister noted that Government is working to ensure parents and children are provided with the necessary means to receive a sound learning experience.

“Come January, we will reinstitute the school cash grant for children, and that has been increased to $15,000, and we have committed to parents that by the end of our term, that amount will go to $50,000 per child,” Minister Hamilton noted.

Some of the schools the Minister visited were Glasgow and Mount Sinai Nursery schools. Primary schools included St. Aloysius, All Saints, New Amsterdam and Edinburgh.

Meanwhile, Vryman’s Erven and the Berbice High Schools were among the secondary schools which received vouchers.

Altogether, the Minister distributed vouchers to some 27 schools within the region.

The Ministers of Education and Agriculture, Hon. Priya Manickchand and Hon. Zulfikar Mustapha were also in the Region on similar duty.

While over $600 million in uniform and school supplies voucher is set aside for the nation’s children, the Government has said more benefits will be forthcoming to provide a better quality of life.