— on the fast track to development

— ‘We are working to make Mahdia a better and brighter place’ – Min. Lawrence

The municipality of Mahdia, in the Potaro-Siparuni Region, is celebrating one year as a capital town. November 22 through 24 are the dates that have been set aside for a series of events to be hosted under the theme “Celebrating our gains, showcasing our culture, securing our future.”

Amidst challenges, this first anniversary comes at a time when Mahdia is marking development that has taken place even before and continued after it was declared a town. 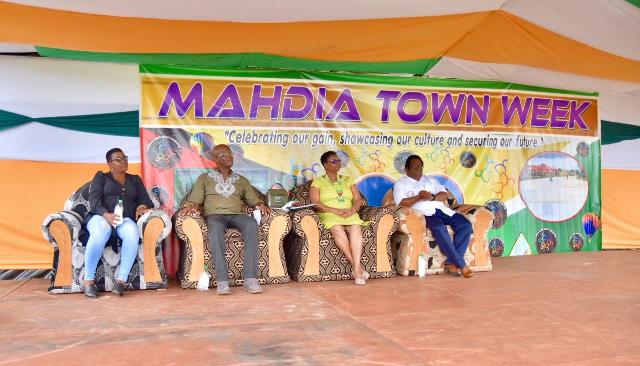 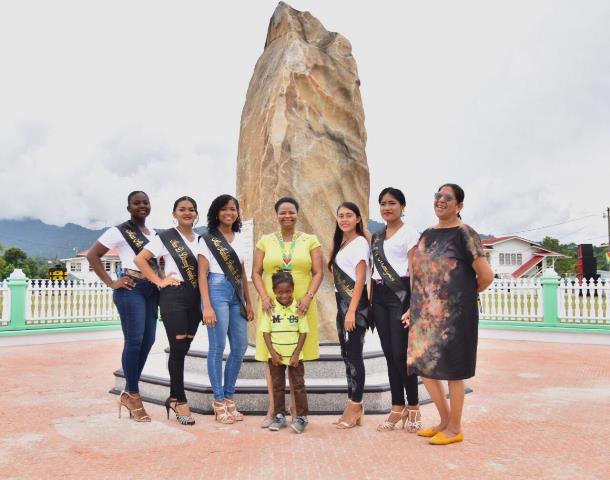 Minister of Public Health, Hon. Volda Lawrence and REO Mitzy Campbell along with delegates vying for the Miss Mahdia 2019 crown. 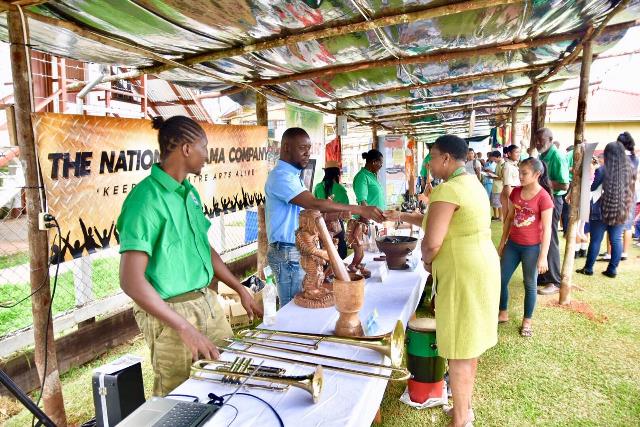 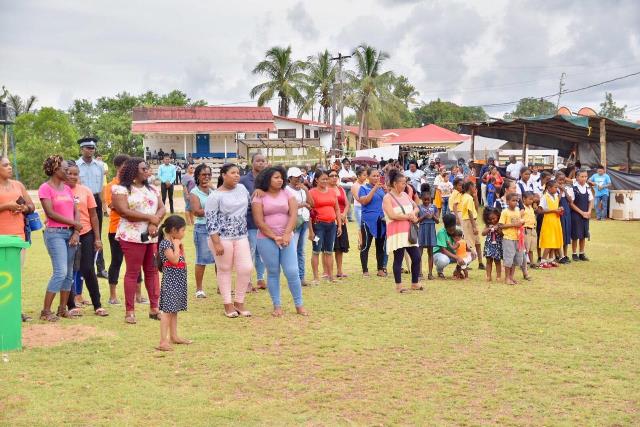 Some residents of Mahdia attending the ceremony.

The observance kicked off with an official opening ceremony and residents turned out in their numbers to hear from Minister of Public Health, Hon. Volda Lawrence who delivered the keynote address at the ceremony.

Reflecting on His Excellency, President David Granger’s remarks at the official introduction of the town of Mahdia – when he observed that hinterland villages will become towns; Minister Lawrence noted that his vision was being realised.

According to the minister, Mahdia is on a fast track to development as many public services that previously never existed are now operational in the town. It is a vision which the APNU+AFC Coalition Government has adopted to empower communities and its population.

“It didn’t take us 10, 15 or even 20 years… when we came to office, we knew these areas [Mahdia] need to see development and today you can boast of your own radio station, paved roads, ICT Hub and improved water and solar electricity supply,” Minister Lawrence told the residents gathered.

She added that this is just the beginning as there is much more development coming to the town creating access to government and other services that are located on the coast.

“Very soon we will be ushering in a new hospital equipped to serve you the residents, a magistrate’s court, a fire department with a brigade of ‘Mahdians’… we are working to make Mahdia a better and brighter place.”

Mayor of the town, His Worship David Adams said that Mahdia, like its people, is determined to thrive in spite of challenges as he alluded to the theme of the anniversary celebration.

“Despite the challenges we still move forward fairly and transparently; some areas have solar street lights (including at Tumatumari junction), improved garbage disposal and in the new week WiFi at the hospital,” he noted.

Mahdia, Mayor Adams said, “is becoming the place where more and more coast landers and foreigners are coming to establish businesses since the main economic activity in and around the town is mining.”

Creative and performing arts bodies such as the National School of Theatre Arts, National Dance Company and E.R Burrowes School of Arts among others were there to exhibit their work and pique the interest of prospective students. Many small businesses also secured booths to showcase locally made products. This year will see the hosting of a Miss Mahdia pageant where six beauties will be vying for the crown, as well as a three-a-side football competition hosted at the Administrative Oval.

Mahdia was established in 1884 and is home to a diverse, multilingual, multicultural group of people and is a commercial Centre for Region 8.