MatPal Marine Institute has launched its first career forum to encourage youths to stay abreast with the expanding oil and gas industry by grasping the available academic opportunities.

Wednesday’s event was held at the Institute’s location at the Critchlow Labour College compound, where keynote speaker Captain Jim Henshaw stated that the industry was youth-focused.

Captain Henshaw, of Edison Chouest Offshore (G-Boats), one of the Institute’s training partners, noted that while oil rigs need rig personnel, there were benefits to the marine personnel’s role. 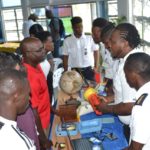 Cadets from MatPal Marine Institute interacting with youth at the inaugural career forum. 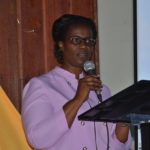 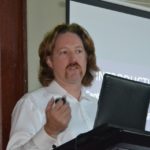 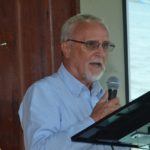 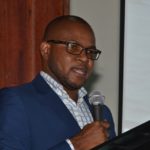 According to Capt. Henshaw, except for its officers, the vessel that he controls is 100 percent Guyanese staffed. About the shortage of shipmates, Capt. Henshaw pledged G-Boats’ continued support for training of MatPal’s cadets.

TOTALTEC/IPMA, another partner of MatPal, urged the youths at the forum to look at the cadet programme as one that could transform their lives.

Noting the industry was self-promoting, Guyanese youth were encouraged to seize the moment before they become skilled seafarers.

Meanwhile, Tullow Oil which has interests in both the Kanuku and Orinduik blocks, expressed its continued commitment to promoting Guyana’s local content, while GENEQUIP underscored the importance of training and subsequent certification.

“You can be an excellent engineer in any field, but if you’re not certified, you’re not allowed to do anything. So, the key is certification and I am sure that MatPal will get you certified and make you a very successful person in the field of marine,” said GENEQUIP Managing Director Renger Van Dijk.

MatPal has been in existence for the past 20 years. The institution’s Chief Executive Officer Colleen Abrams stated that more than 200 participants had accessed MatPal’s courses since 2015.