─ the region looks forward to celebrations on Jan. 12

This year, Guyana will be celebrating its 49th anniversary as a Republic. As part of its observance yearly, many anticipate the Mashramani celebrations. Under the theme, ‘Celebrate 49, with Victory in Mind’, it is promised to be bigger and better and more importantly, it will see the participation of all ten Administrative Regions where activities will also be held. 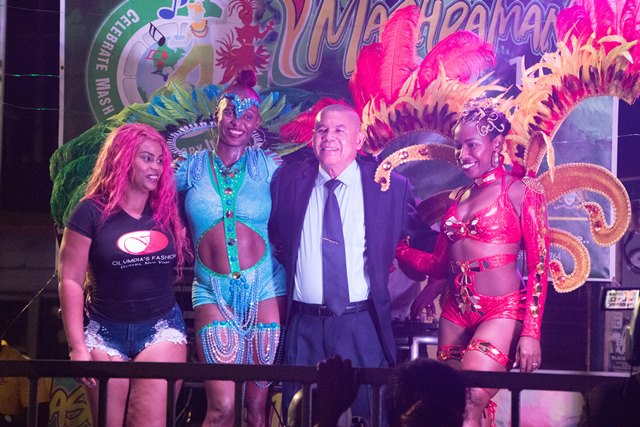 Minister of Social Cohesion, Dr. George Norton with a few of the costume models for Mash 2019. 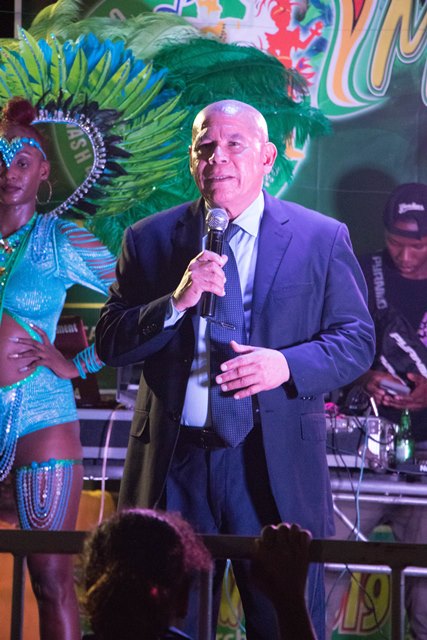 Minister of Social Cohesion, Dr. George Norton addressing a gathering at the recent Mash Krank up in Linden.

In an interview with Minister of Social Cohesion, with responsibility for Culture, Dr. George Norton, it was disclosed that there will be continuity from last year with a Regional Outreach. In the meantime, Region one, Barima/Waini will be experiencing its first Mash activity on January 12 in Mabaruma. It was noted that was the only region that did not have any activity last year.

“What we need to do is ensure Mash is of a better quality than the years before,” Minister Norton explained.

Mashramani is for all of Guyana, the minister noted, adding that it is important that everyone enjoys the celebrations to the maximum.

The Department of Social Cohesion began its planning of this year’s celebrations following the completion of last year’s.