GUYANA, GINA, Thursday, February 23, 2017
MASHRAMANI!!! This is celebration for a job well done or as most Guyanese know it as, celebration after hard work. Mashramani is a Guyanese tradition that is celebrated by all ethnic groups.
Despite the inclement weather, Guyanese turned out in their numbers to witness the beautiful display of colours showcased by the participating costume bands parading along Brickdam. Most importantly, the unity among Guyanese was very noticeable.
This year’s event was celebrated under the theme “Celebration with dignity, liberty and greater unity.” The floats made their way to Durban Park where there was a large crowd gathered.
Guyanese of all ages came out decked out in vibrant colours. Many were noticed gyrating to soca, dancehall and calypso music.
The revellers from the various floats were in their usual energized spirits having a good time.
Noticeably absent from this year’s parade was cell phone giant Digicel.
However, all other usual participants were out, bedecked in colours in celebration of Guyana’s 47th Republic Anniversary. Those included the Ministries of Education, Telecommunications, Agriculture, Indigenous Peoples’ Affairs, the Presidency, Public Health, Natural Resources,  Social Protection and the Regional Democratic Councils.
The parade also saw floats from the private sector which included Russian Bauxite Company of Guyana Incorporated (BCGI)/RUSAL, Honest Illusions, and  Maxi Williams Designs, among many others.
Also, as promised by the Ministry of Education, there was an additional aspect to the float parade this year which saw a few schools taking part in the event.
However, what was evidently noticeable, was that every float v participated, in one way or the other depicted Guyana’s drive for a “Green Economy”.
By: Isaiah Braithwaite 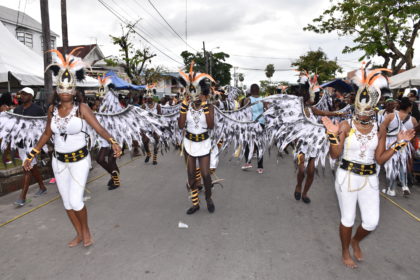 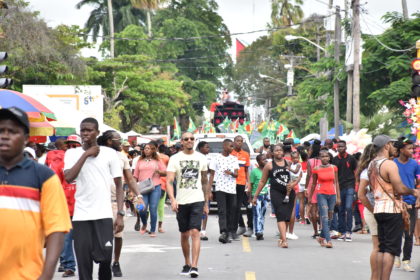 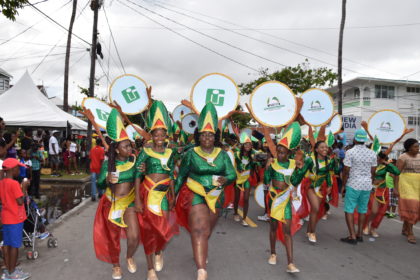 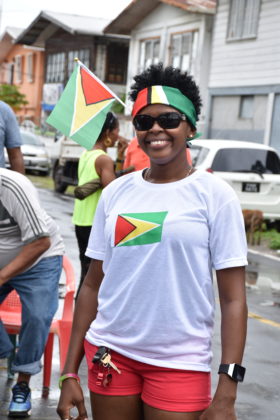 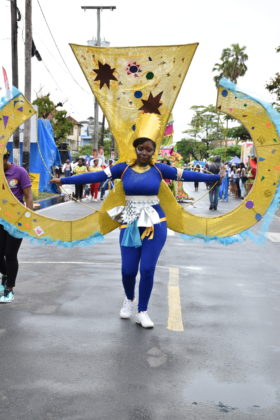 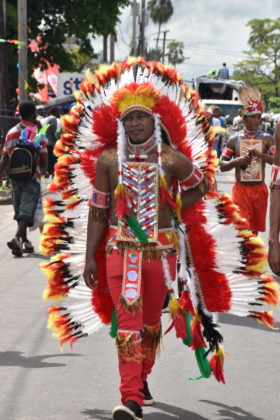 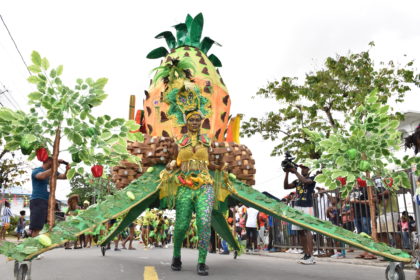 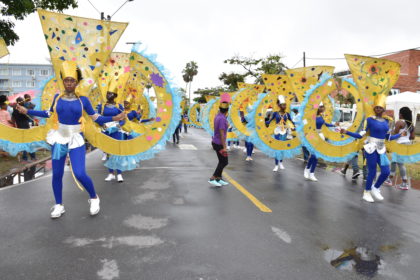 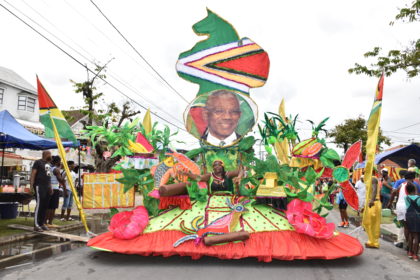 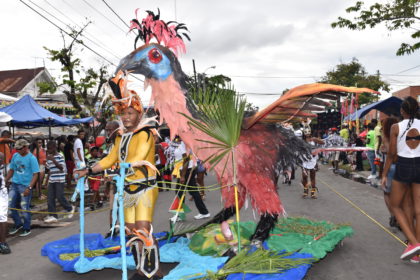 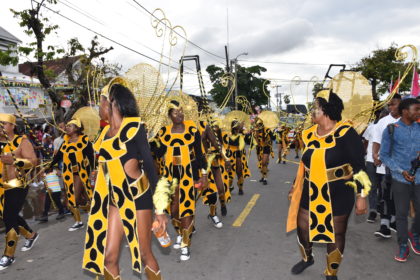