Minister of Public Service, Hon. Tabitha Sarabo-Halley, who is currently the youngest member of the Cabinet, has been reforming the operations of her department since assuming office two months ago.

Appearing on the National Communication Network’s (NCN) programme, ‘‘Context’’ on July 23, newly appointed Minister Sarabo-Halley discussed several areas of focus within her department. She disclosed that after being sworn in, she immediately set about familiarising herself with the daily functioning of the department. 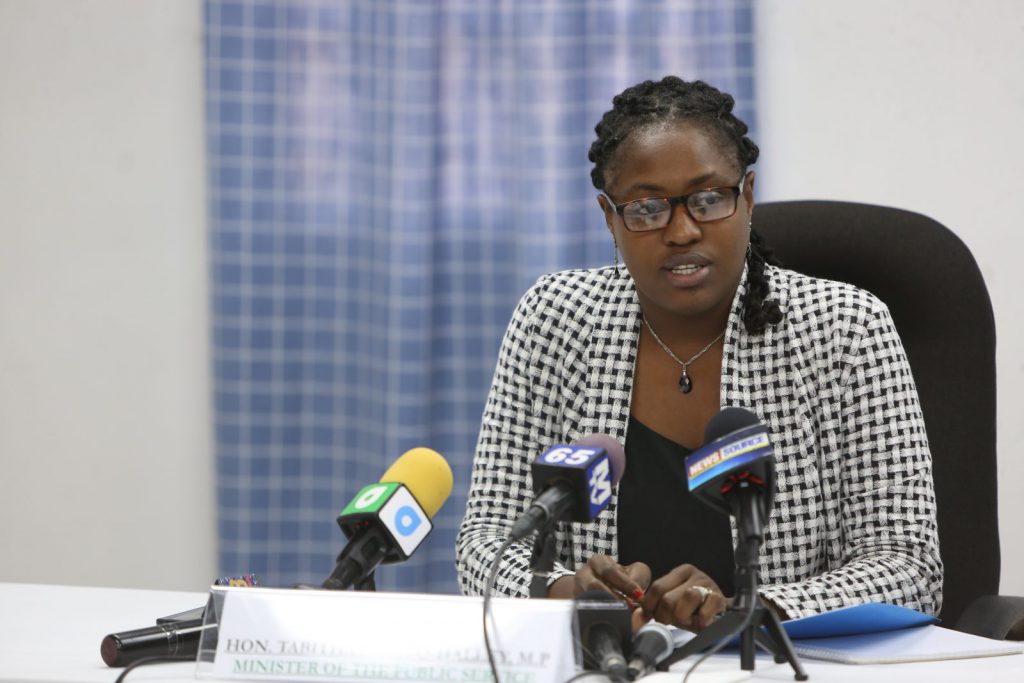 The Public Service Minister highlighted the department’s primary function is the issuance of scholarships.  According to her, with current developments in Guyana, scholarships should be guided by the needs in the public service. As such, a National Skills Need Assessment will be conducted to determine which areas require skilled persons.

It was disclosed that funds for the execution of the assessment would be catered for in the 2020 National Budget. Minister Sarabo-Halley, however, noted that the “conversation must start now at the internal level”.

According to the minister, the department is currently working on a database which will monitor the scholarship awardees to ensure they complete their years of service.

On the matter of service within the public sector, Minister Sarabo-Halley remarked that the Bertram Collins College of Public Service has been executing its functions efficiently. She noted that while the institution’s intended purpose is to train young people before entering the public service, it will have to be expanded – in keeping with His Excellency, President David Granger’s vision.

The Public Service Minister also touched on the issue of persons not being paid until they have been employed for three months.

“This is not the norm throughout the world, so it cannot be the norm here.”

During a recent press conference, the minister told the media that there is no substantial evidence which guides the practice of the policy.

“Many public servants have reiterated the issue of having to work for three months before being paid… I have, thus far, found no rule or policy that substantiates this,” she stated.