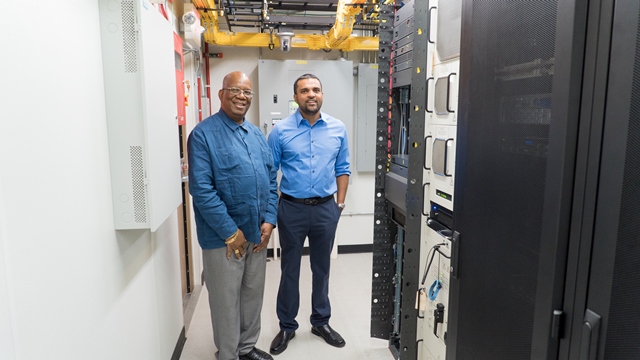 Commenting on the project, Minister Jordan said that he was particularly impressed that it was organised and successfully executed by a consortium of local investors. He added that he was encouraged by the evident confidence of the investors in assuming such a massive and capital-intensive undertaking, that will provide considerable benefits for the development and modernising of the sector. This, he noted, aligned with the Coalition Government’s encouragement of the private sector in advancing Guyana’s economic expansion beyond agriculture and mining.

The Finance Minister further said that the Xlink project exemplified the ideal investment model for Guyana, one in which local benefits, local content and indigenous ownership are guaranteed through the collaboration of Guyanese companies, Guyanese investors and local financial institutions, especially now that the economy is poised for transformation.

Minister Jordan congratulated the Managing Director of E-Networks, Mr. Persaud for the boldness of the investment, and expressed full support for the Xlink venture. He said that he was excited about the possibilities it had for universal connectivity and the realization of the digital economy promised during the Decade of Development, 2020 -2029.