Reports are that the 73-year-old artist passed away on Wednesday last in Spain, following a prolonged battle with cancer.

Simon, regarded as one of the greatest artists and archaeologists in Guyana’s history, was also the deserving recipient of a number of prestigious awards, including the Golden Arrowhead of Achievement which he received in 1998.

A talented Lokono son of the soil, Simon was also an incredible educator, who inspired and worked hard to create opportunities for young Guyanese artists, particularly those of Amerindian descent.

Simon was more notably, a brilliant archaeologist, who made a series of fascinating discoveries as it relates to early indigenous settlements. His work as both an archaeologist and an artist will remain etched in Guyana’s history.

During their time of grief, we hope that Simon’s family will be comforted by the fact that their loved one has left behind a legacy that will live on forever.

May his soul find eternal rest. 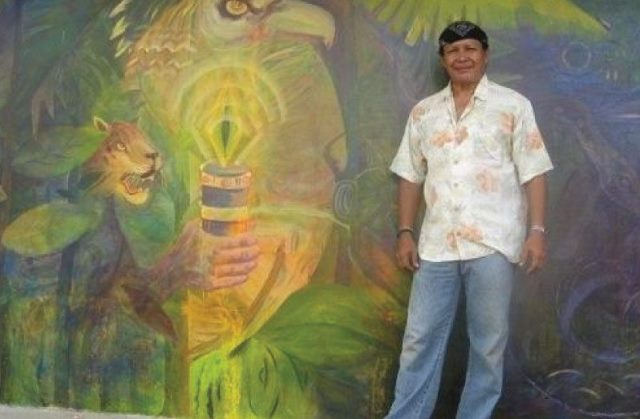