Minister of Education Visit to Family of Glensean Skeete

(Thursday September 28, 2017) – The Minister of Education, the Honourable Nicolette Henry MP today visited the home of six-year-old Glensean Skeete; the St Paul’s Primary School student who died on Thursday when a falling goal post struck him on the head.

At the time of the unfortunate incident, little Glensean was among a group of students who were practicing for their annual inter-house sports at the Plaisance Community Centre Ground. 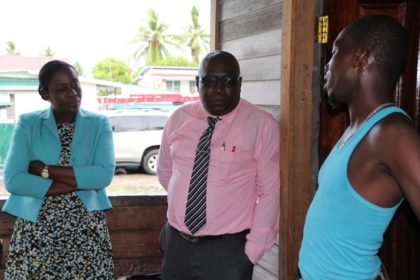 During her visit, Minister Henry was accompanied by Chief Education Officer (CEO) Marcel Hutson and the headmistress of St Paul’s Primary School.

At the Skeete’s residence, Minister Henry spoke at length with the parents and family of the child and disclosed that the Ministry of Education will finance all funeral arrangements in addition to providing financial support for the ‘wake’ of little Glensean.

Minister Henry on behalf of the Government of Guyana and the Ministry of Education offered her condolences to the family and assured that every effort will be exhausted to ensure that such an incident never happens again.

The Education Minister also took the time to visit the Plaisance Community Centre Ground where the incident occurred and inspected the goal post that fell on the child and also looked at the state of the ground.

The Ministry of Education will continue to provide psychosocial and other support to the family of Glensean Skeete at this very difficult time. 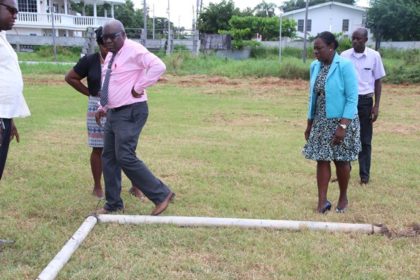