The Ministry of Natural Resources is pleased to note the announcement of the final release of remaining payments under the Guyana Norway Agreement to a total of G$9.1B.

The basis of the Guyana Norway Agreement rests on keeping Guyana’s forest cover maintained at a high level, and concurrently, deforestation rates at a low level.  The work associated with managing forest cover and monitoring and reporting on performance on an annual basis, essentially that which forms the performance reporting system, has been undertaken by the Guyana Forestry Commission (GFC) since the inception of the agreement in 2010.

The basis of the agreement has been fulfilled in large part, due to the work of the GFC.  The GFC, through its systems of monitoring and reporting which have been independently accuracy assessed for each year has confirmed the deforestation rates in Guyana as seen below:- 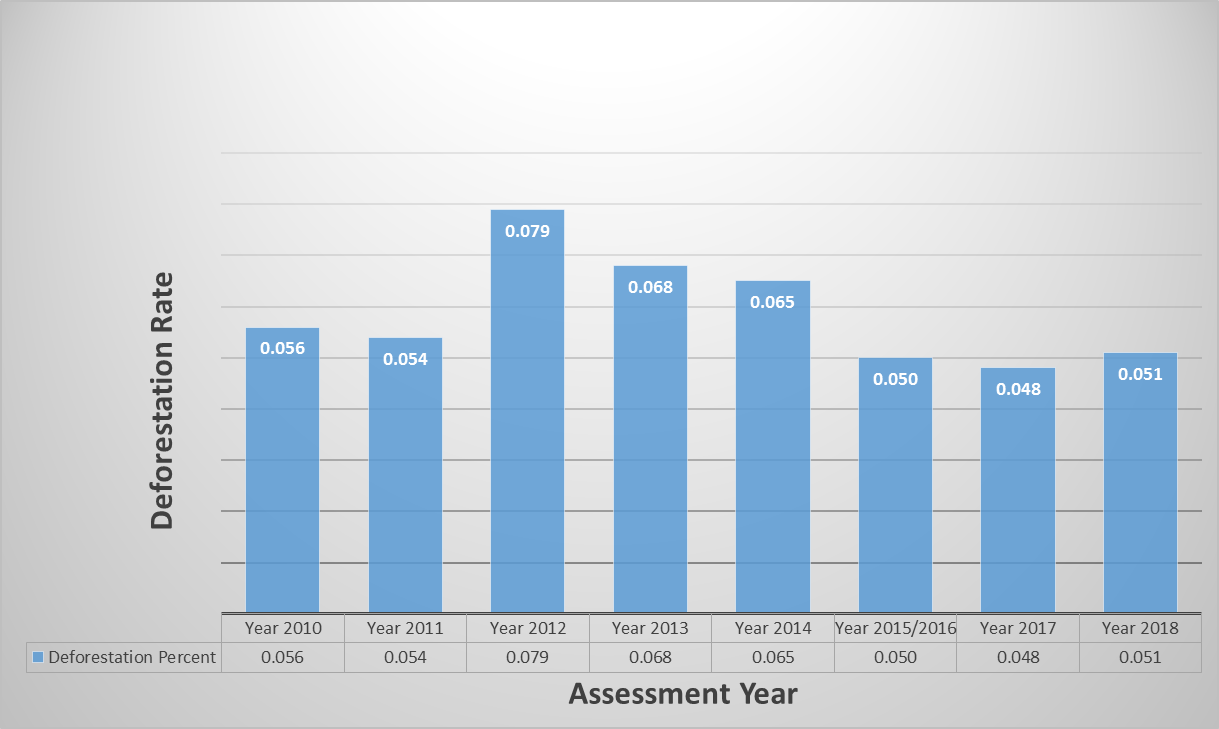 Specifically during the period 2015 to 2018, Guyana has seen lower deforestation rates than the  previous years of the 9 year reporting period to date.  The MNR is especially pleased about these results as these speak to the commendable stewardship of Guyana’s forest. 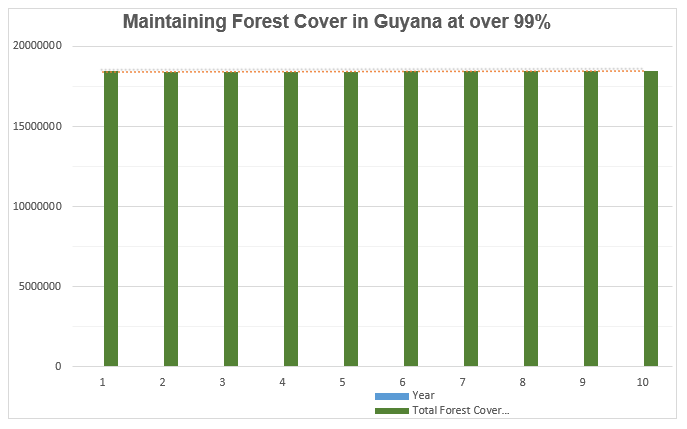 Throughout this entire period, forest cover in Guyana has been maintained at over 99%:

Whilst reporting on forest area and deforestation rates has been a key focus for the GFC, the Commission has also advanced work in the area of governance, particularly  EU Forest Law Enforcement Governance and Trade (EUFLEGT) and Independent Forest Monitoring, IFM.

Strong Stewardship of the GFC

The MNR recognizes the excellent work done by Commissioner James Singh and the staff of the Guyana Forestry Commission.

As Commissioner Singh’s long years of service ends and as he proceeds on medical leave at the start of 2020, the MNR takes this opportunity to thank him for his service and wishes him the best health wise  and  in his future endeavours.

For each of these years however, production volume has been lower than that of pre 2015:

Over this time, the GFC, led by the GFC Board has undertaken a comprehensive effort to re-examine concessions which had been allocated whilst providing support to ensure that concessionaires are fulfilling their contractual obligations. During this period some 2m hectares of forest area were restored  to unallocated state forest   including that of  the Barama Company Ltd who voluntarily relinquished its   Concessions.  The lower production volume can be associated with these actions though it is useful to note are not relevant to the deforestation rate per se.

The MNR has remained steadfast in its commitment that has been underscored in the revised National Forest Policy 2018, that the role of Guyana’s forest is far beyond timber harvesting, and there has been a progressive move to effectively embrace this in Guyana – forests for conservation and sustainable utilization such as eco tourism, research, biodiversity and protection  as well as for timber harvesting . This is more incumbent on Guyana now that we are an oil producing nation.

Over the past 9 years, several aspects of the reporting commitments under the Guyana Norway agreement, including those described above, have seen close to 30% of GFC staff time and budget allocated to these areas. The GFC looks forward to a new round of the Norway Guyana agreement that will directly resource the commission for its role.

Recognizing that the reduction in production and accompanying log exports have negatively affected the financial situation of the GFC. This has resulted recently in delayed payments to staff especially given the lack of a reserve.

The MNR would like to thank all GFC staff for their patience at this time.

Guyana’s Forests are its most pristine asset.  The MNR has been pleased to support the successful implementation of the Guyana Norway Agreement and the joint commitment regarding forests.

We look forward to a continued strong collaboration with the Government of the Kingdom of Norway in the future.