Residents of Monkey Mountain, Potaro-Siparuni, Region Eight are taking full advantage of government’s initiative to promote agriculture in a region where mining is one of the economic activities.

The residents have sown paddy which will soon be ready for harvesting. This was disclosed by the village’s Toshao, Hampton King in an interview with the Government Information Agency.  King said, “right now we have 18 acres of paddy actually bearing, supposed to be ready by early next year.’ 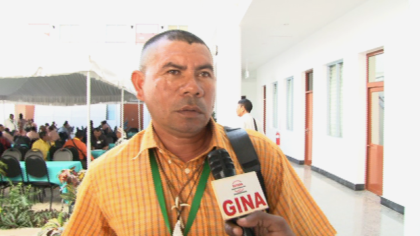 King noted that everything related to cultivation of the crop was done manually and that he is awaiting government’s support to provide the requisite equipment. Nevertheless, the Toshao pointed out that government is working towards making life better for the people of Monkey Mountain.

“At least we see that the government is trying somehow or the other and we are benefitting, and there are a lot of things coming up,” King explained.

Additionally, the toshao disclosed that the community will soon be looking to add value to cassava. King said that upon being re-elected as leader of the community, it is one of the projects he embarked on. “I have a project there which is a cassava processing facility. It is already about 95 percent complete,” he stated.

In Paramakatoi also in Region Eight, residents are currently engaged in a dried tomatoes project. The tomatoes are expected to be reaped soon and dried using a solar dryer. This project is supported by the Ministry of Indigenous Peoples’ Affairs, through the Institute of Applied Science and Technology (IAST) and the National Agricultural Research and Extension Institute (NAREI.)

These projects were introduced in keeping with government’s thrust of empowering the indigenous people towards becoming economically independent. For the first time, through the 2016 national budget, Region Eight was allocated $33.4M to venture into the area of agriculture.