“When the bridge is finished, at least we will have more business… With the bypass [road], you have to take your time and walk, but [with the bridge] you will have enough space and everything to make way to come to Kumaka.”

This is the viewpoint of businesswoman Evelyn Melville, who is a store owner along the Kumaka waterfront for 20 years.

With Kumaka bridge 95% complete, the businesswoman told the Department of Public Information (DPI) that it is a major shift from the previous state of the thoroughfare that was narrow and dilapidated for numerous years. 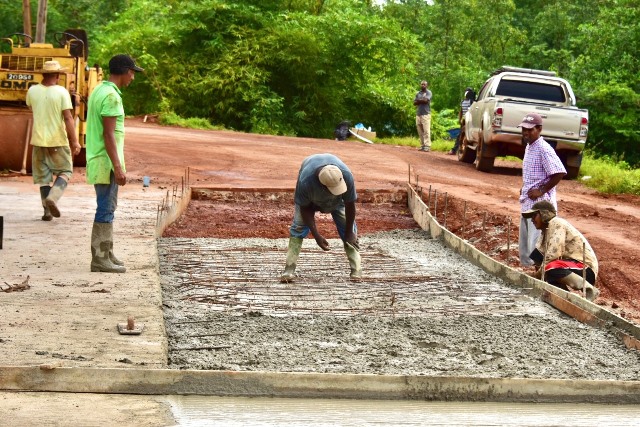 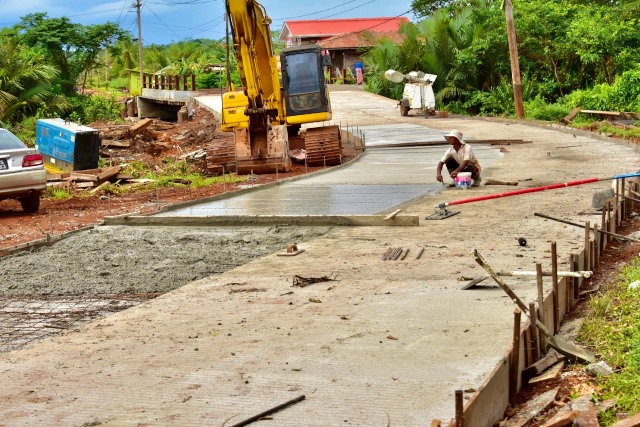 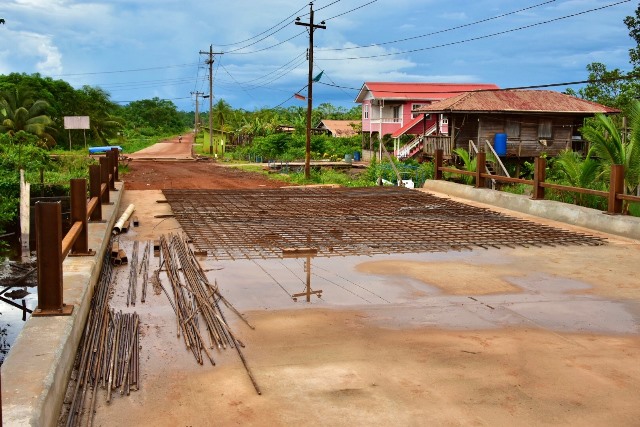 The Kumaka Bridge under construction. 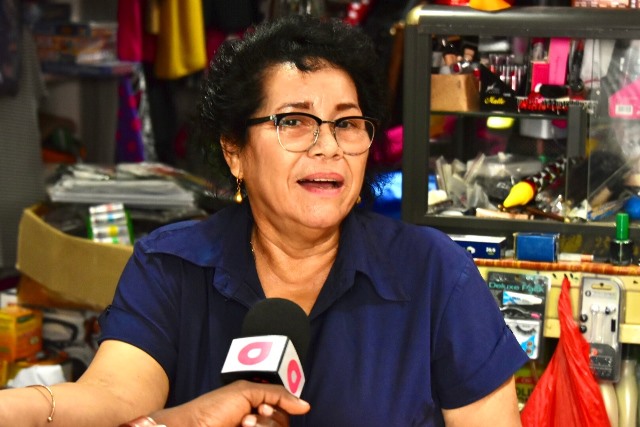 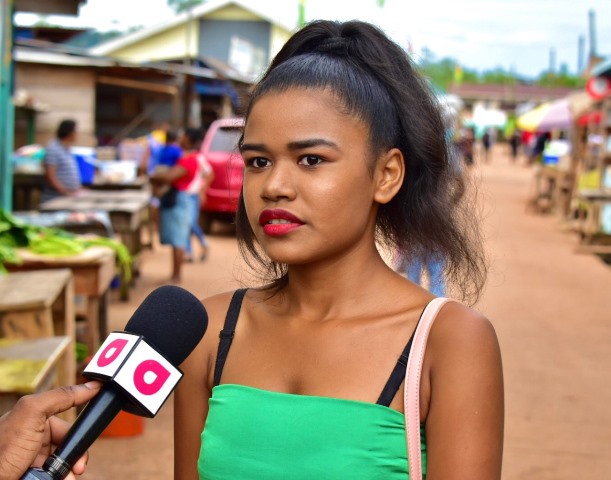 Living along the current bypass that leads into Kumaka, Evelyn recalled, “it was very bad. It had a lot of potholes. Even to get from the stretch [Compound Road] to here, it used to take me more than half an hour and when you get here, your feet are dirty.”

A senior teacher at the Northwest Secondary School, who is also the husband of a businesswoman at the same waterfront, Ronald Cox, also reflected on the state of the road before the construction of the bridge.

Noting the difficulty to traverse the road during the rainy season, Cox said, “the only thing I know the bridge as was a narrow strip of dirt… Because of that, people would raise their taxi fares. So, to get to Mabaruma [from Kumaka] which was just a $500 fare, people would increase that to a thousand. Or if you have large or heavy cargo to carry, they might not want to carry it in their vehicles.”

Meanwhile, Somaya Goodman, who lives in Mabaruma, is a frequent shopper at the waterfront that is considered the commercial hub of Kumaka. Goodman noted that she will be travelling to Kumaka more frequently since the bridge will be a strong link between the two communities and transportation cost would be reduced.

“More people would want to come [to Kumaka] and purchase items. So, I think it will have a positive impact on Kumaka and also Mabaruma at large because when people come to purchase, we get more gain – more profit which develops the communities,” the young woman posited.

Hinterland Engineer within the Ministry of Public Infrastructure, Jeffrey Walcott, in a statement, informed DPI that the construction of the Kumaka Bridge is nearly finished with approximately 1 month of further works remaining.

According to Walcott, workers are merely completing the approaches on the extremities of the bridge that measures 50 ft on both sides. Accompanying those works is the replacement of the revetment leading to the bridge. This was initiated to bolster the ability of the road to carry the weight of the fill material and approach slabs.

In the final stages, railings will be installed on the bridge. Additionally, safety and aesthetic elements will complement the works. Before use by the general public, the concrete approaches will be allowed to cure.

Under the Ministry of Public Infrastructure, Region 1 has experienced an astronomical transformation given the many developmental projects that have been executed and completed. It is hoped that these projects will contribute to the greater connectivity of the hinterland region.