Multi-million $$ maternity unit at Leonora to be operational soon

A well-equipped and properly staffed maternity unit at the Leonora Diagnostic Centre will be operationalised in April 2020.

The current maternity unit at the centre will be upgraded to an antenatal clinic offering a full range of medical services from pre-birth clinic to post-delivery health care.

The facility will be a huge boost for the area as it will allow pregnant women who require specialised maternity services to access these services right there rather than travelling to the West Demerara Regional Hospital or Georgetown Public Hospital Corporation (GPHC).

This project is one which was conceptualised by the government in 2016 after His Excellency President David Granger indicated his desire to put an end to overcrowding at country’s only tertiary institution, GPHC. 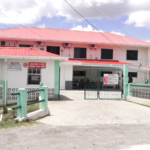 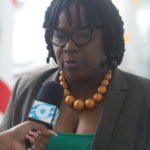 Minister of Public Health, Volda Lawrence recently noted that the new facility will not only benefit women of West Coast Demerara but those from riverine communities and those of the Essequibo Islands.

“We added a maternity wing there because we recognise that persons coming from the islands and from the river and those complicated cases that are being sent from Region Two have to come to Georgetown. So, we decided that we must put an end to that…. we invested over $74Million and you won’t have to go to Georgetown and you don’t have to drive to West Demerara hospital,” the Minister explained.

The Leonora Diagnostic Centre is strategically located on the West Demerara Coast thus it can facilitate maternity cases requiring urgent and emergency care. The centre has also been identified as a one that will be converted into a SMART health facility – one that links its structural and operational safety with green interventions.

Along with the upgrades to fully achieve this status, Regional Executive Officer, Jennifer Ferreira-Dougall noted that the infrastructural works and equipping of the maternity unit will be completed early in the second quarter of 2020.

“I see health in Region Three taking a step up especially when the smart hospital is finished and we are trying to achieve that very quickly… the expansion of the maternity wing should be finished by April because there was some extra work to be done there,” the REO told DPI.