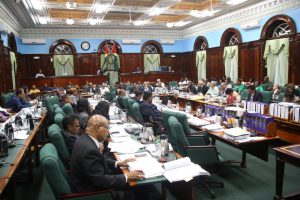 On an oral vote in the National Assembly, the Opposition People’s Progressive Party (PPP) attempted to block additional funds for the Bertram Collins College of the Public Service. However, a vote was called and the decision was reversed by a government majority 33 votes to 29 votes.

The Coalition Government had spent $112.5M on upgrading old GuySuCo buildings at Ogle to house the college and sought $19.5M more for the project. However, the PPP objected to the project that is intended to help train and professionalise the public service.