The construction of a modern 3.5MW power station on the outskirts of Bartica is moving ahead and should be completed by late October.

The estimated $660Million power station is being constructed at Dogg Point, Agatash and will replace the current station in central Bartica. Gordon Bradford, Regional Chairman told the Department of Public Information (DPI) that since Bartica was recently named a town, the power station had to be moved due to pollution and noise concerns.

The new station will be equipped with three new generator sets. Tremaine Alphonso, an engineer attached to the contractors, Gaico Construction, told DPI that the six-month project is progressing despite the inclement weather and is “scheduled to finish in mid to late October but the current weather situation here in Bartica [has set us back a little],” Alphonso said. “We’re looking at the possibility of bringing in sand by barge to complete the project and we have commenced steelworks.” 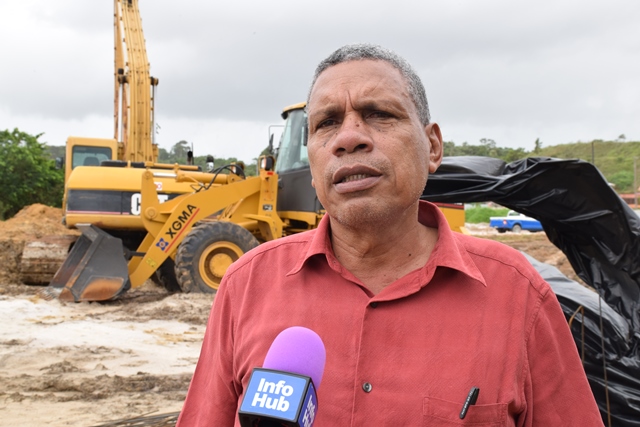 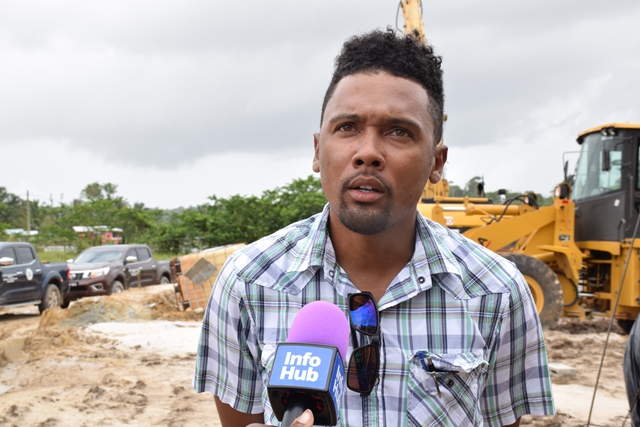 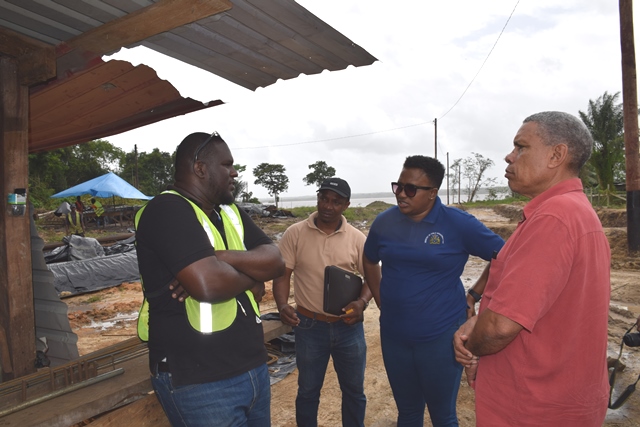 Minister within the Ministry of Public Infrastructure, Annette Ferguson and Regional Chairman of Region Seven, Gordon Bradford being updated on the works on the site by GPL engineer.

The land for the new power plant has already been cleared. The site will include a rip rap sea defence, a catwalk, a powerhouse, a tank form and a security perimeter fence.

Works on an access road have also commenced. Bradford said the old power plant had been an issue for many years.

“That old power plant right now is situated in the township itself so then we would’ve been experiencing noise pollution, because of the old generation sets that they have there, there are a lot of spillages of oils and fuels.”

The project comes under GPL’s Development and Expansion (D&E) programme which aims to improve the quality of service provided to customers as well as the working conditions of employees.