GEORGETOWN, Wednesday, May 24, 2017 – Prime Minister Moses Nagamootoo today presented instruments of appointment to the chairpersons and directors of the newly constituted Boards of Directors of the National Communication Network (NCN) and Guyana National Newspapers Limited (GNNL).

Four members of the previous GNNL Board were re-appointed – Ruel Johnson, Karen Davis, Bert Wilkinson and Tabitha Sarabo-Halley. Wilkinson and Sarabo-Halley are both overseas and therefore could not attend today’s presentation ceremony which was held at the Official Residence of the Prime Minister on High Street, Georgetown. Mr. Hakim Khan, a newly appointed GNNL director is also overseas.

The other GNNL directors are Sherod Duncan, Hilbert Foster and Arron Fraser.

Woolford will have another veteran broadcaster, Margaret Lawrence alongside him at the NCN Board. Lawrence is the only returning member from the previous board. The new NCN directors are journalist Gordon Moseley, Iwokrama CEO Dane Gobin, new media specialist Michael Leonard and Kamal Persaud, the Deputy Mayor of Bartica. Moseley and Leonard are overseas while Lawrence was unavoidably absent. Those directors not present at today’s ceremony will be presented with their instruments of appointed at a later date.

Prime Minister Nagamootoo, in delivering brief remarks said that the reconstituted boards comprise highly respected and individuals with a wide range of professional competencies in whom he has reposed confidence. He urged the new boards to work together to give clear policy direction to the two state media bodies and who will lead the continued improvement in the provision of fair and balanced content. The Prime Minister also noted that as state media NCN and GNNL as publisher of the Guyana Chronicle and Sunday Chronicle, have a higher responsibility to the people of Guyana to report on all matters pertaining to the three arms of the state – the executive, the legislature and the judiciary.

He noted that for the first time the parliamentary opposition is receiving fair and balanced coverage in the state media and through the state information mechanism.

Prime Minister Nagamootoo, who holds the portfolio for public information, also announced the Cabinet decision to merge the operations of the Department of Public Information and the Government Information Agency (DPI/GINA). The new merged entity will be headed by Director of Public Information Imran Khan. GINA Director Beverley Alert has been seconded to NCN as the Public Information Coordinator. Alert who was previously named as NCN director was withdrawn given her new role within the organization.

“The information network is critical in every country, as government we have a responsibility to report our work to the people. We, here today, are partners in this process. We have to let the people know what the Government is doing,” Prime Minister Nagamootoo said.

Minister of State Joseph Harmon, who also attended the ceremony, during brief remarks said that the service provided to the nation by state media is a critical one as the public rely on the state media for credible information and are more dependent on state media for news and information. 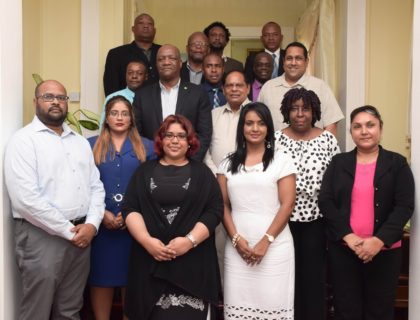 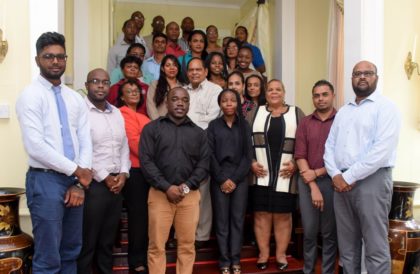