Nicholas Fredericks – The Toshao, the NTC Chair, the National Awardee 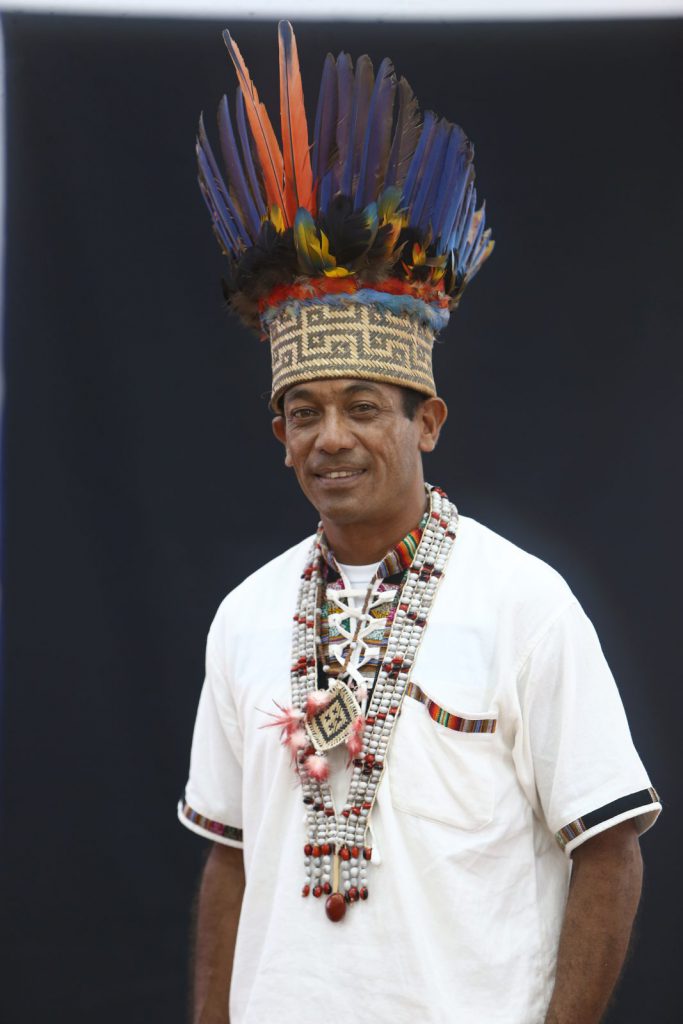 “Many are called but few are chosen,” were the wise words by Nicholas Fredericks, Chairman of the National Toshaos Council (NTC), when asked how he felt about receiving the country’s fourth highest award, the Golden Arrow of Achievement.

Fredericks was conferred with the award by President David Granger, on May 25, on the occasion of Guyana’s 53rd Independence Anniversary. This award is given to any citizen who has performed an outstanding and specific act of service or achievement of an exceptional nature, or for long and dedicated service of a consistently high standard in any area of public service.

“Never in my life did I expect to receive the Golden Arrowhead Achievement award. So, when I heard about it, I didn’t believe it. It shows that people are looking and are recognising your work and so it was an honour to receive this award,” a humbled Fredericks said.

The praise and congratulatory messages poured in following the announcement on February 23, and subsequent conferral ceremony, especially from his family and fellow villagers. While Toshao Fredericks is proud of his achievements, he noted it took a lot of sacrifices to get there.

Fredericks’, who is married with three beautiful daughters and a new born son, is the current Toshao of Shulinab, the only Makushi village in the South Rupununi, Region 9. He was born and raised on a ranch with his parents three miles South of this beautiful village.

“I would walk to school every day. But, before I do that, I would have to milk a set of cows and water coconut plants. All my friends, and everything I learnt was from there on that ranch,” he recounted to the Department of Public Information (DPI).

Toshao Fredericks went back home to serve his community in 1995 after completing his studies at the Guyana School of Agriculture (GSA). He served as a tour guide in his village for six years. After gaining extensive knowledge of the area, he then started a ‘land use mapping’ programme demarcating the fishing and hunting zones, sacred sites, the mountains and savannahs in the Rupununi villages.

After years of community service and advocating for Indigenous land rights, the Toshao was nominated Chairman of the South Rupununi District Council and Vice Chair of the Kanuku Mountains Community Representative Group. The latter is a body that represents the villages around the Kanuku Mountains. In 2018, he was elected as chairman of the National Toshaos Council, the highest representative body for Indigenous Peoples in Guyana.

He has always been passionate about the preservation of his heritage. At a very young age, he learned from his elders about his ancestors and why they came, how they lived and the way they did things. This is the inspiration that led Toshao Fredericks to join a mapping programme and land use planning; he even got involved in environmental monitoring.

“During my mission as a tour guide, we [the people of the South Rupununi] walked a lot of those places. And during the mapping project, we walk all our mountains and so I got to see that these lands were so beautiful. By then, we were kind of made aware of some of the threats to these areas by mining, infrastructure projects, large scale agriculture, roads and dams and we started to discuss among ourselves that we need to do something about the lands. And so, when there was a vacancy for the mapping project, I applied and I was accepted to become team leader,” he explained.

Fredericks even conducted a study with the Wapichan people of the South Rupununi on customary and traditional management of lands. “When the people start talking in the community and letting us know how this was done traditionally, it really opened my eyes to see how the Indigenous Peoples’ way of life can actually contribute to managing nature. Because if nature is not providing, the people can’t survive so there is a close link between human and nature and that was what created my passion for land management,” he said.

By the year 2000, the people of the South Rupununi had made great strides on the land work and were able to map out and distinguish boundaries in the area. “When we started, it sparked a flame within the people because that is what they always wanted. So, mobilising wasn’t hard because it was a common interest among everybody,” the Toshao noted.

Being an advocate for land rights was not without it challenges, he related. He recalled fearing for his life after he spoke out on issues. “Sometimes politicians don’t like what you say. I was targeted by the previous government. So, for me it was kind of stressful because my family was worried about my safety; my wife and kids were crying every night. But I saw it as something the people need and mother nature need. I feel it was a calling from the Almighty,” Toshao Fredericks expressed.

“After that, we saw a lot of progress because with unity there was strength and that was what they [previous government] were afraid of; that if we unite, they could not have intimidated us and discourage us from what we had in our plan,” he added.

The Toshao commended this administration for its ‘open door policy’ which, he said, allows the Indigenous Peoples the opportunity to interact with government ministries and agencies on issues affecting them.

“Indigenous Peoples should use the opportunity to interact with agencies and the government to voice concerns, to make recommendations and to see these recommendations are implemented. So, I think that a lot of the work that we started, we are now seeing the benefits. We have a set of meeting schedule with different land agencies and ministries to strengthen our participation in governance and management on the ground. We can contribute to national development if we are empowered to do that,” he stressed.

Currently, the people of the South Rupununi are in talks with the government in relation to land issues. Additionally, President David Granger has mandated the Ministry of Indigenous Peoples’ Affairs to lead the discussions on his behalf.

“So, all our hard work is really paying off,” Toshao Fredericks declared. 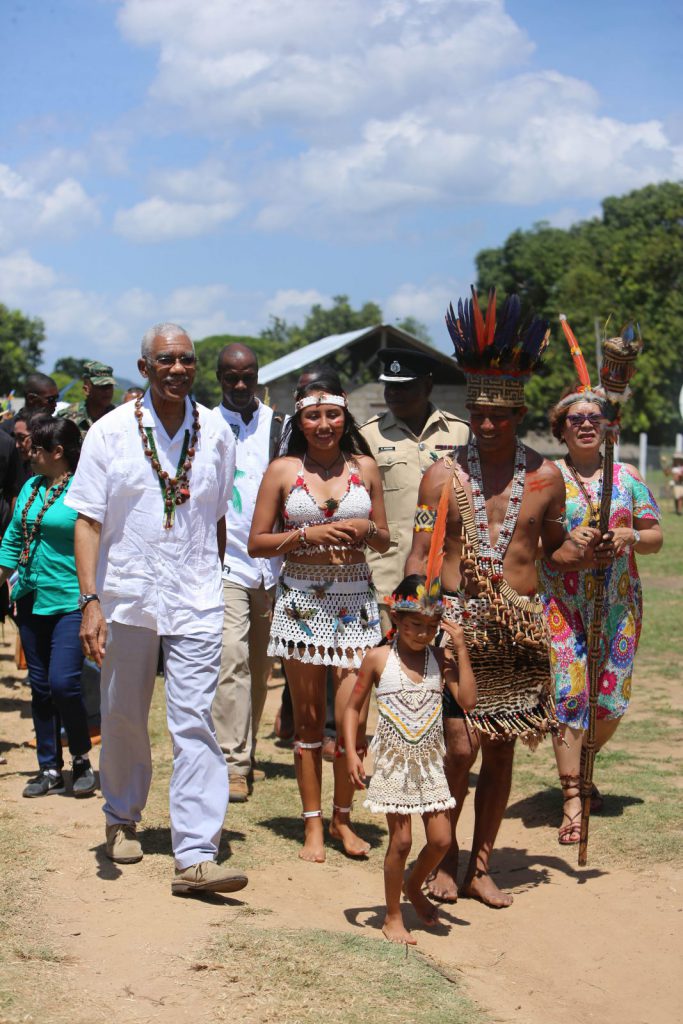 In July 2018, Fredericks was elected to serve as chair for the National Toshaos Council.
The newly elected head contested unopposed, and received unanimous support from the toshaos. During his inaugural address, Fredericks called upon his team to work together to address the needs and make representation on behalf of Guyana’s first peoples.

In recognition of his exemplary contribution to the nation’s development, almost a year later, Fredericks was among 77 outstanding Guyanese conferred with National Awards by President Granger.