Not on my watch!

As the new head of the Central Housing and Planning Authority (CH&PA), Minister within the Ministry of Communities, with responsibility for Housing, Hon. Annette Ferguson has made clear her position on corruption. 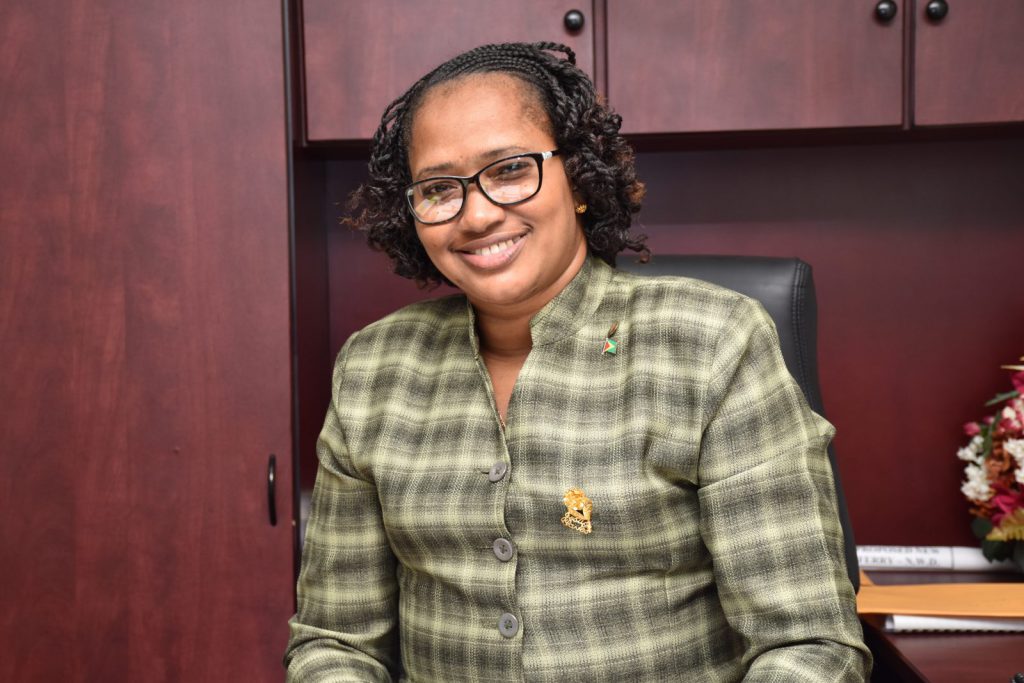 Minister within the Ministry of Communities, the Hon. Annette Ferguson

Minister Ferguson remains adamant that there will be no room for corruption at the agency. In conjunction with this is the minister’s immediate focus in the coming weeks, will be to work along with the Guyana Lands and Survey Commission (GLSC) and other entities to secure lands for allocation. In doing so, the minister noted that while meticulous planning is critical to timely delivery of service, it must be no excuse for inferior work.

“Above that, the public is depending on us to provide them with a quality product and a quality product begins with quality decisions, decisions are made by people, I expect that we will take this into consideration: the public expects nothing short of quality and because we are using public funds, we are accountable to the public.”

Ensuring this level of accountability and capacity to deliver such a critical service, Minister Ferguson sees the importance of the development of the CH&PA’s staff, and as such, she urged her staff to seek to develop themselves by improving their academic qualifications and sharpening their skill set.

With all these factors in play and working harmoniously, the agency will be able to uphold the recent four-tier housing policy that was outlined by His Excellency, President David Granger as its new guide. The president’s policy for housing rests on the four pillars of Reorientation, Resources, Regularisation and Regionalisation.

Reorientation refers to giving priority given to the housing needs of the most vulnerable, low-income public servants desirous of becoming first-time home-owners.

Resources emphasise holistic community development and will go beyond the provision of house lots and housing units. It will cater to the needs of residents including education, electricity, fire protection services, health, worship, human safety, recreation, roads, sanitation, street lights and water.

Regularisation; there are three types of undesirable housing – shanties, slums and squatter settlements. Squatters who reside on reserves need to be relocated and resettled and affected persons must be provided with the option of acquiring Government housing. Our children must grow up in communities. Every child, every family should have a roof over his head.

Regionalisation; Government’s new housing programme, is to create greater equality (equality of access) across Guyana so that the people living east of the Essequibo will enjoy similar conditions to persons living west of the Essequibo. That Guyanese everywhere will have a roof over their heads. Neither the rural areas nor the hinterland areas will be neglected.

In keeping with these pillars, Minister Ferguson said this will be the framework within which every arm of the CH&PA will operate to ensure effectiveness and efficiency.