The old submarine cable for the Vreed-en-Hoop power station is responsible for the recent blackouts, Minister of Public Infrastructure, David Patterson said.

The minister told the Government Information Agency (GINA) today, that the submarine cable for the Vreed-en-Hoop station in Region Three is damaged, and that normally when the power outage occurs, the power would be reconnected immediately since there is in excess of 16 megawatts of power. 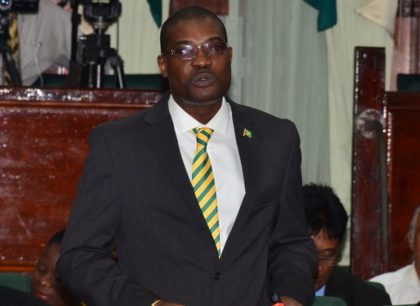 However, the Minister said, “If the light trips again, it blocks the entire area,” so the lights would have to be reconnected in sections, which is the cause of the problem.

“As we find them (problems) we reconnect, but unfortunately it disconnects before you can identify where to fix because it’s a very old system,” the Minister said.

The Minister explained that he recently met with the Guyana Power and Light (GPL) Board to improve response time to at least 15 minutes.

However, efforts are underway to repair the cable, but the operation is specialised so quotations are out and work would commence shortly, Minister Patterson explained.

The aged system is ineffective and results in frequent blackouts in the East Bank, West Bank and East Coast Demerara areas.

“The system trips, and when it trips we have to close the circuit immediately, and that is the primary cause of the blackouts,” the Minister said.

The Infrastructure Minister explained that efforts are being made to implement a programme to upgrade the distribution system, and the contract will be awarded shortly. Priority will be on fixing the old distribution system to make it more effective, Minister Patterson pointed out.