Minister of Home Affairs, Hon. Robeson Benn has said there can be no vending along the roadways in the Stabroek area as it impedes the free flow of traffic and is one of the leading causes of congestion there. 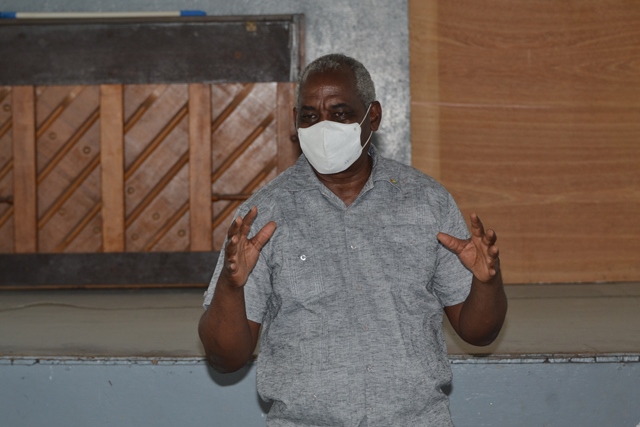 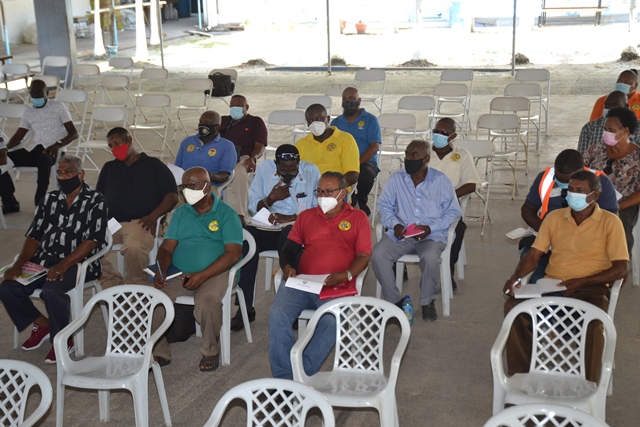 Stakeholders during the meeting with Minister of Home Affairs, Hon. Robeson Benn

The meeting which was held at the St. Stanislaus College stemmed from a walkabout of the Stabroek Market area last Friday.

Stakeholders at the meeting included minibus operators and owners and vendors of the Stabroek Market area. Minister Benn noted that vending on the road also hinders the fire tenders responding to emergencies.

“This is why we wrote fire lanes up and down those areas right in front of the market, so that they (vendors) would be off, it would be reasonably clear and people would know if they hear the fire trucks coming, there is no obstruction. People cannot be on the travelled roadways where vehicles are supposed to pass,” Minister Benn said.

“We are going to address the demarcation, establishing those markings that identify where the lanes are and where persons should operate. Additionally, we have identified some areas that require some patching, which is also scheduled to be done over the weekend,” he said.

Additionally, Mr. Hinds said the barriers which were previously at the Kitty/Campbellville minibus park will be reinstalled.

During the meeting, the stakeholders raised several concerns including the removal of minibus touts, ensuring minibus drivers use the first in first out system and a better relationship with Police officers and constables.

Minister Benn said the matters will be looked into while noting there will be more meetings with the stakeholders to effectively address their issues.