Georgetown, Guyana – (March 24, 2017) As per tradition, President David Granger, last evening, attended the special dinner hosted by the Guyana Defence Force (GDF) in honour of the newly-commissioned officers, who successfully completed the Standard Officers’ Course (SOC) No. 49. The dinner was held at the Officers Club at Base Camp Ayanganna. Attorney General, Mr. Basil Williams was also in attendance.

Yesterday, the Head of State presented the 11 officers with their Instruments of Commission at State House and hosted a special lunch for them at the Baridi Benab at State House. This was followed by the Commissioning Parade at Drill Square, Camp Ayanganna. 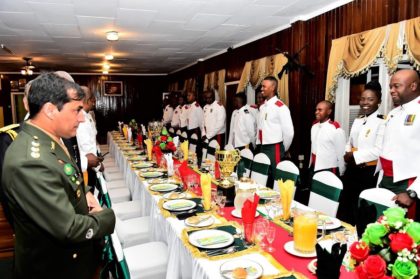 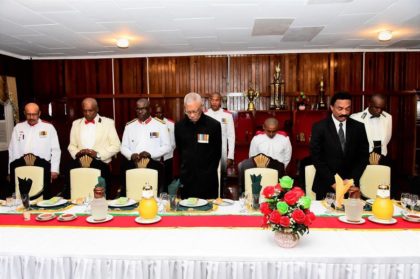 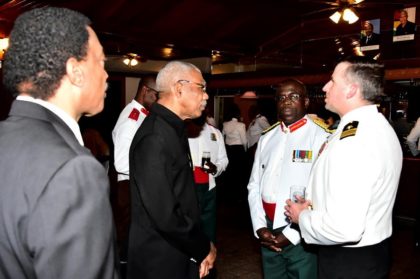 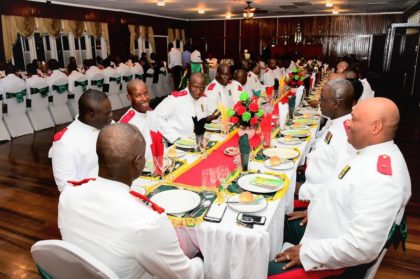 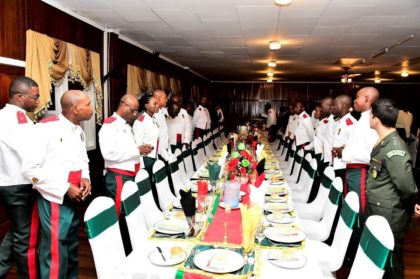