In observance of his 73rd birthday anniversary, which was celebrated on July 15, President David Granger, today, received 73 bicycles for distribution under his ‘Boats, Buses, Bicycles plus Books and Breakfast’ or ‘Five Bs’ programme, which is aimed at ensuring that every child has access to education.

In his brief remarks at a simple ceremony held at the Baridi Benab, State House, President Granger said that he is grateful for the gift. He noted that investments in education will play a leading role in the transformation of the administrative regions and the country as a whole and he is elated to see persons coming on board with his vision of an ‘education nation.’ 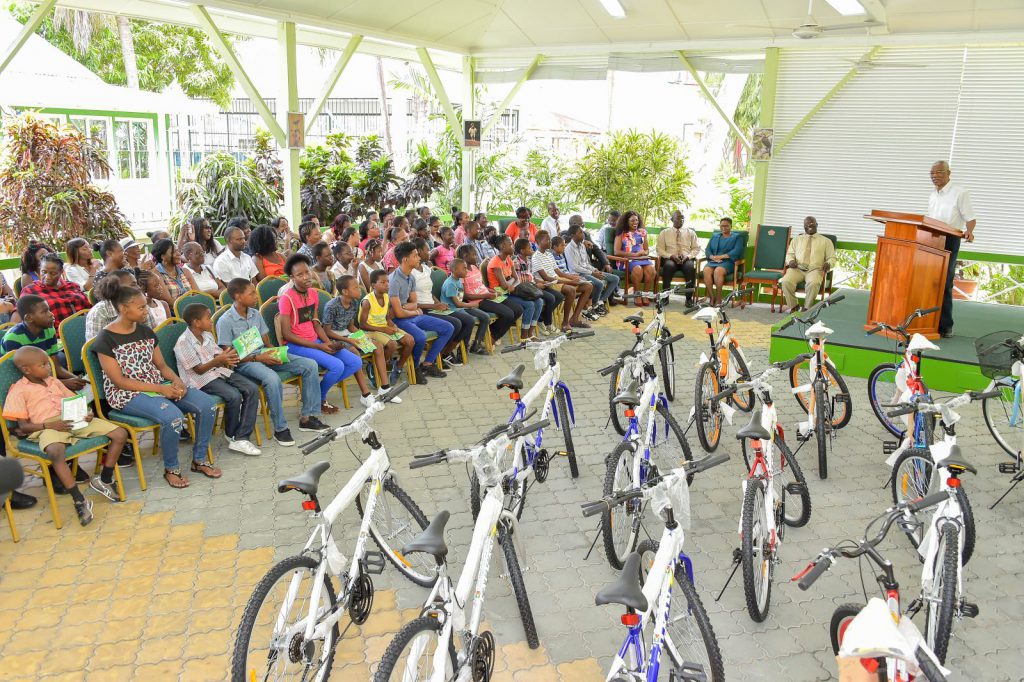 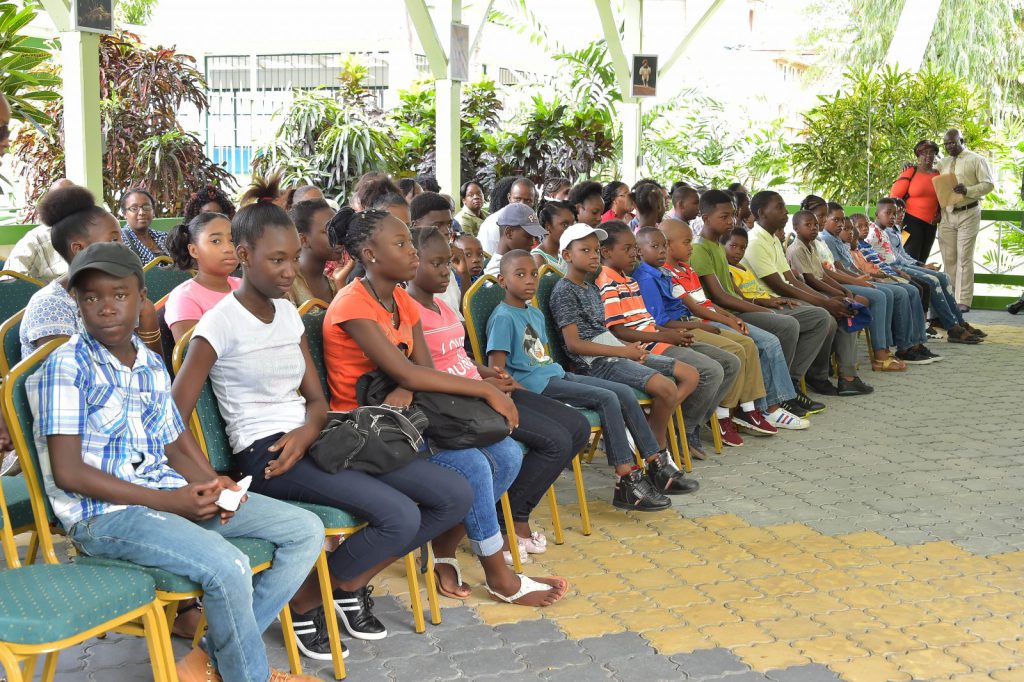 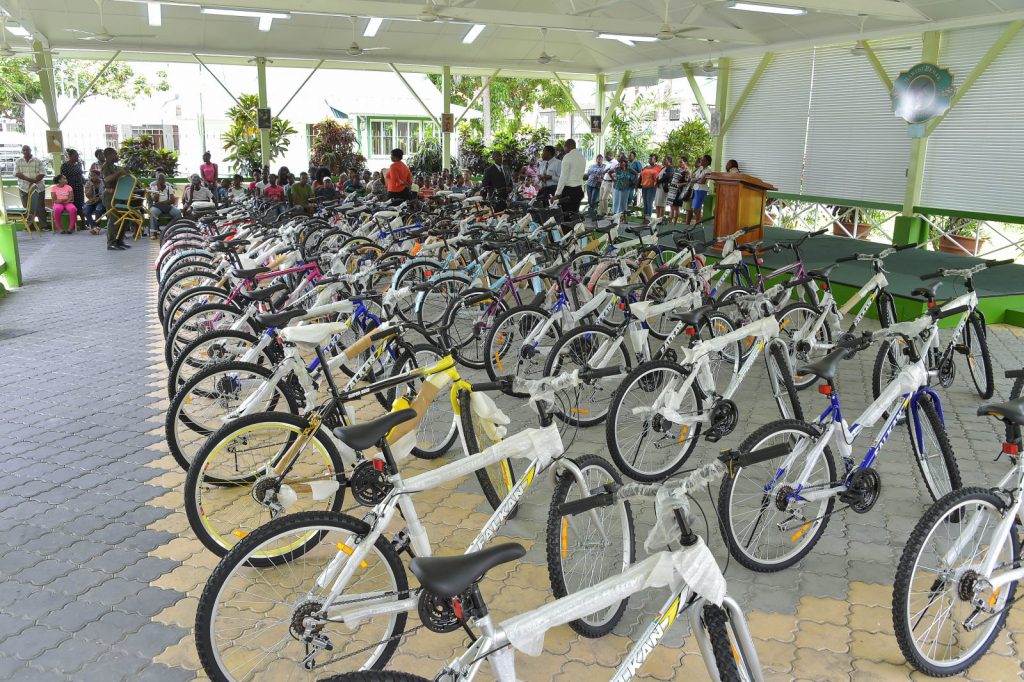 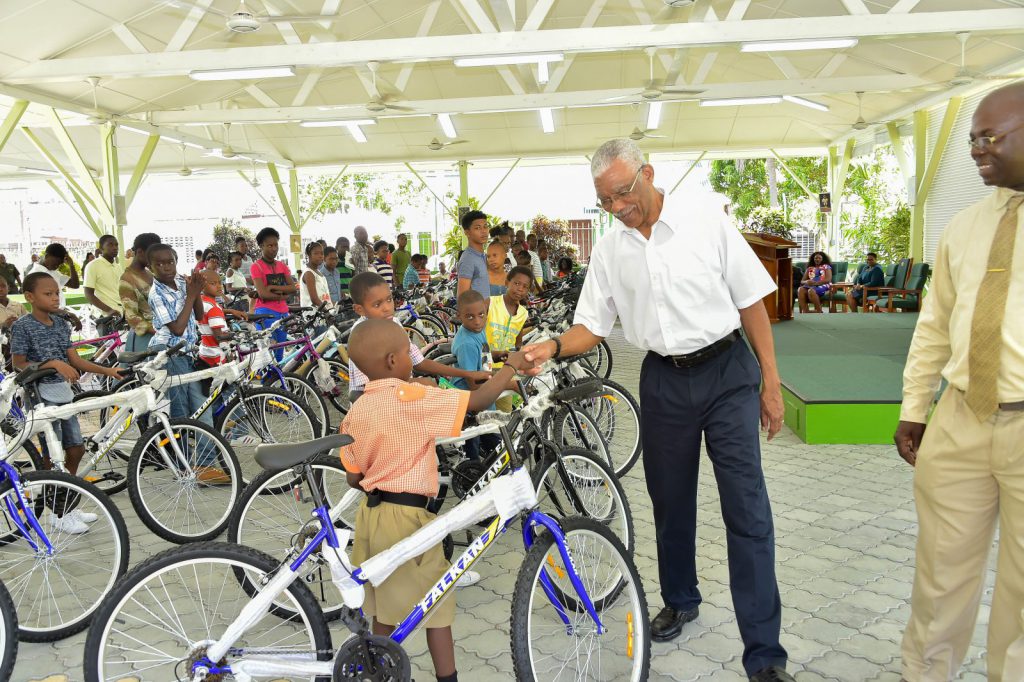 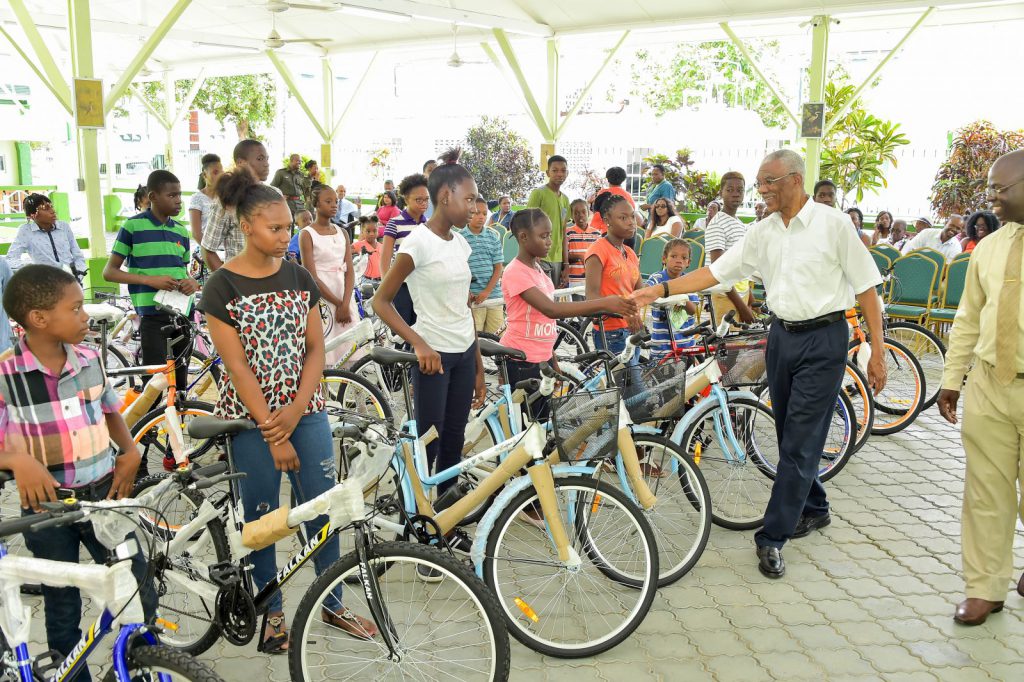 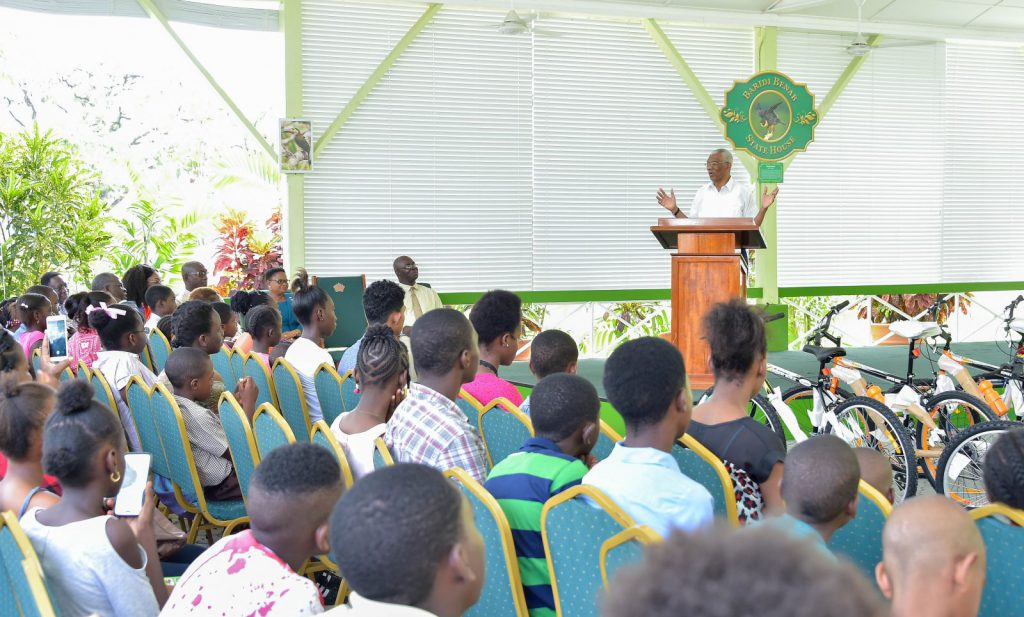 “Every Guyanese child can, must and should find a place in school. By the Grace of God, we now have 27 buses, over a thousand bicycles and over a dozen boats to get children to school under the 5Bs programme. We are always committed to education, not elite education but education for all. Education is the gateway and if you give, every young boy and girl the opportunity to stay in school long enough, to do their CSEC [Caribbean Secondary Education Certificate] or CAPE [Caribbean Advanced Proficiency Examination] and move on to University education, then this country would be transformed. This is my intention; to open the door to education to you so you can understand and enjoy the benefits of education,” the Head of State said.

He noted that in an age where technology is rapidly replacing human skills, persons must make themselves relevant and it is only through education that this is possible.

“We are living in a technologically advanced century, things are moving quickly and if we allow ourselves to be left behind we will never be able to catch up. We must not be wondering what happened, we must be part of the generation making things happen. I want each one of you and your parents to commit to being in school every day. The donation of these bikes is an important step. I do not want gold, frankincense, or myrrh. I am concerned that gifts must make an impact on the children in this country. There is no better gift than to assist a boy or girl to get to school,” he said.

Mr. Fraser said that the group was inspired by the President’s drive to ensure that every Guyanese child is afforded access to education. He noted that they therefore thought it fitting to make the donation.

“We want to say to you, Mr. President that we recognise your dream, we understand your initiative and we wanted to stay within the 5Bs so we procured these cycles. We donated 73 bicycles to celebrate your 73 years of birth. As you, the President put smiles on the children’s faces; I know that there are also smiles on the parents’ hearts,” he said.