Press Release – GMC, Hope Estate get new Board of Directors

Earlier today, Agriculture Minister, Zulfikar Mustapha met recently appointed members of the Board of Director for the Guyana Marketing Corporation (GMC) and the Hope Coconut Industries Limited in the Ministry’s main boardroom.

During the meetings, Minister Mustapha informed the new Boards of the task ahead and Government’s commitment to working with them to achieve their new mandates. 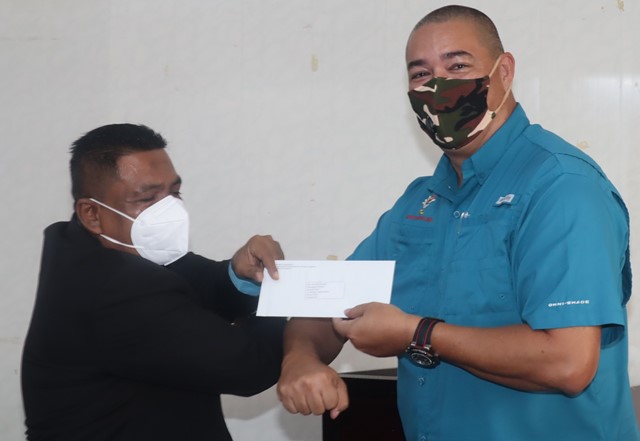 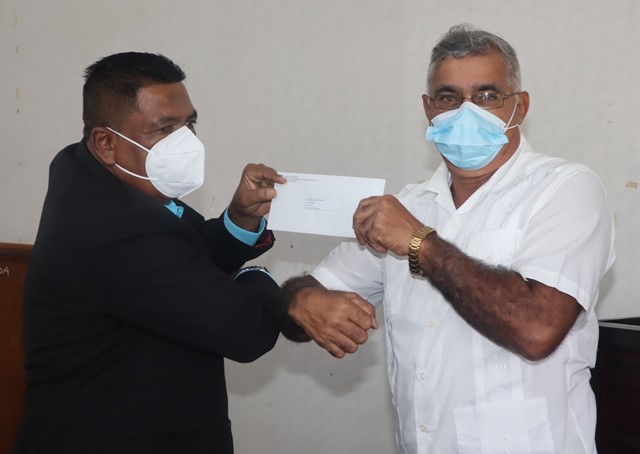 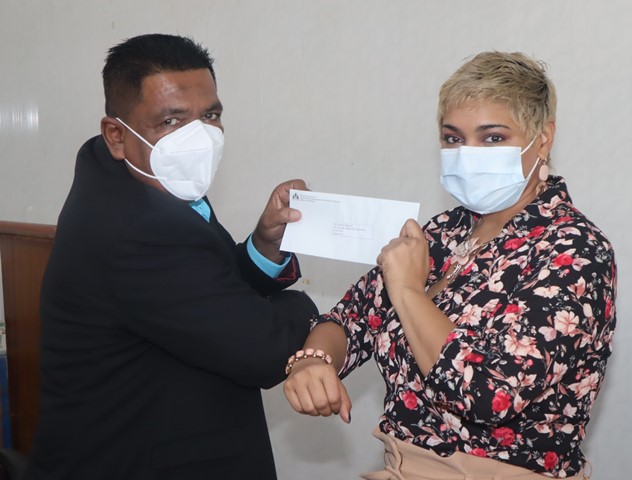 While addressing members of the new GMC Board of Directors, Minister Mustapha said the Government has reposed its confidence in the new members to turn around the agency by developing innovative policies.

“This is a very important organisation in the Ministry of Agriculture. As Minister, I would like to see the agency embark on new and innovative ways to market Guyana’s products and dealing with our farmers’ produce. As the persons involved in making critical decisions relating to this agency, we have to ensure that we have the trust of the farmers. We also have to ensure we make the sector attractive. I want to see a revamping of the policies of the New GMC,” Minister Mustapha said.

The Minister further stated that the agency will have to develop new ways of finding markets for farmers’ produce.

“As challenging as it may be farmers are looking forward to the Ministry to assist them with finding markets for their produce. I think that over the years, many farmers would have produced significantly, but due to the decline in markets and prices for their produce, many farmers would’ve downscaled or come out of agriculture all together. We are now tasked with encouraging them to get back into the fields and show that markets are and will be available,” Minister said.

Mr. David Fernandes, who was appointed as Chairman of the Board said he plans to work to ensure the New GMC is able to execute its mandate, while coming up with innovative ways to market farmers’ and agro-processors’ products.

“We need to regain trust in the farmers in order to improve those relationships. We will also be working to change some of the policies regarding the way GMC operates. We’ll be addressing value chain and a number of other areas. Inter-agency sales are also welcomed. I know it’s not something necessarily done but I’m happy about that,” Mr. Fernandes said.

Ms. Teshawna Lall has also been appointed as the new General Manager of the New Guyana Marketing Corporation.

Furthermore, while addressing the newly appointed Hope Coconut Industries Limited Board of Directors, Minister Mustapha said members are expected to develop the entire estates, adding that both coconuts and other cash crops are cultivated there.

“Coconut is a very important crop in our country. I recognise that the coconut industry has a lot of potential to bring in much more foreign revenue. In this year’s budget, Government allocated funds to develop two new coconut nurseries, one in Kairuni and one in Charity. We will continue to expand and develop the nurseries across the country. We also have different species of coconuts that we are considering. You will have to give the guidance, along with NAREI, for the development of the coconut industry. The Hope Estate too has to be developed. I had a meeting with farmers there and they raised a number of issues that are affecting that estate. We have to change those kinds of conditions and be more responsive to the issues of the farmers,” Minister Mustapha said.

Minister Mustapha also suggested that the Board set up sub-committees to address the issues faced.

Newly appointed Chairman of the Board, Pandit Rabindranath Persaud, while addressing the Board said Hope Estate should be a model for other estates in the country.

“In the past, resources were not adequate enough to take Hope Coconut Industries where it was supposed to be. Now we have a Board with persons who are specialised, we have the resources and, most importantly, the enthusiasm to push the industry. So I’m happy to be working along with each and every one of you because I know for a fact, each and every one of you has something to bring to the table and make sure we excel in every capacity,” Persaud said.