During a recent visit to Mainstay Lake in Region 2, Minister of Social Cohesion, Dr. George Norton noted the improvements the region has seen over the years, highlighting, in particular, the academic achievements. 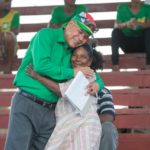 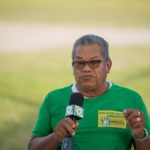 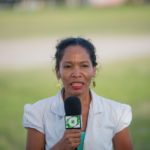 According to Minister Norton, one of the measures that lent itself to this academic success were the advances made through the National School Feeding Programme. The minister indicated that the number of schools in the Pomeroon-Supenaam area that have implemented this initiative moved from 105 to over 170 schools and from 3,000 students to a massive 15,000 students who now enjoy the benefits of the programme.

Headmistress of Mainstay Lake Primary School, Ms. Tomala substantiated the Minister’s statement noting that the school feeding programme has contributed significantly to schools’ attendance rate in the region – with and over 80 percent attendance record.

“With the school feeding, we have been able to receive a lot of money from the government. Daily, our children, they have been coming to school and they have been improving in their academic performance.”

Mainstay Lake’s Toshoa, Milton Fredricks, highlighted a substantial development the village has enjoyed under APNU’s governing.  “I wrote the president requesting an extension of electricity in certain parts… [the engineer of GPL] was mandated by the president to see that Mainstay get its extension [of electricity] before Christmas,” Fredricks explained.

While in the community Minister Norton also handed over several hampers.