Region One celebrates improvements in CSEC

Copping the top prize this year was Mark Wilberg who secured passes in eleven subjects with eight Grade Ones and three Grade Twos. The second was Sueann Daniels with five Grade Ones and six Grade Twos, while Kianka December came in third position with a Grade One, nine Grade Twos and one Grade Three. 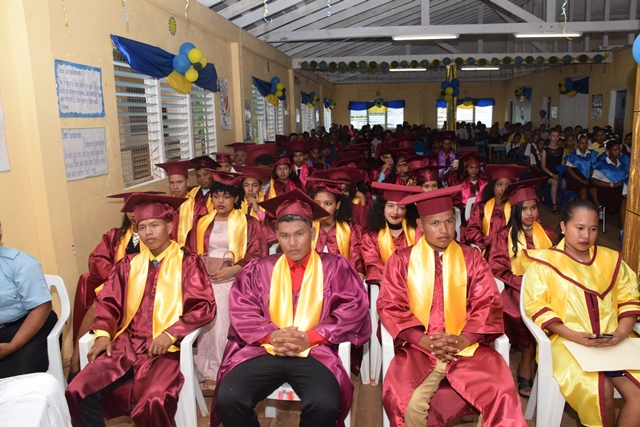 A section of the 2018 graduation class of the North West Secondary school. 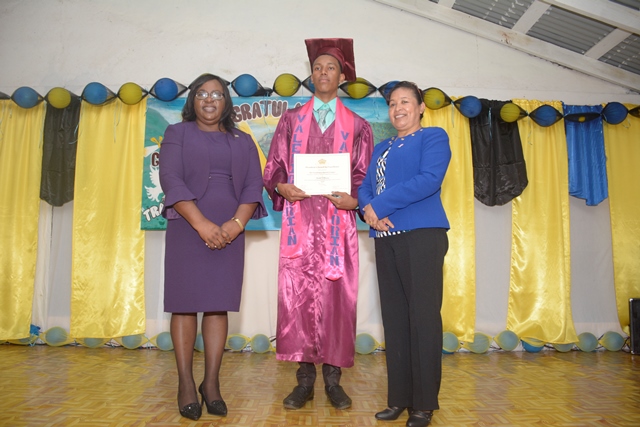 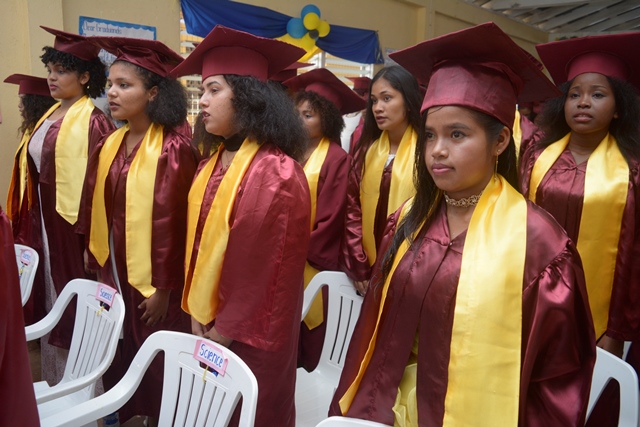 A section of the graduating class. 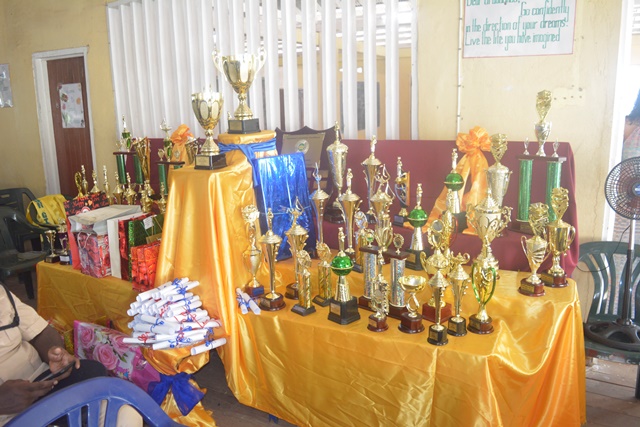 A display of the prizes awarded to the graduating class.

Addressing the gathering was Deputy Education Officer Marti De Sousa who said there has been a tremendous overall improvement in CSEC examination results in Region One. He noted that The Northwest Secondary School has shown much improvement while the Primary Top of Warimuri Primary school has continually been performing well.

The DEO reported that in the region students secured 65 percent passes in Grades One -Three in English Language as compared to last year when there was a pass rate of 36.3 percent. Another major improvement was a 31 percent pass rate in mathematics, as compared to 13.8 percent in 2017.

“The region as a whole achieved 52 Grade Ones, 316 Grade Twos, 648 Grade Threes, for this achievement I think the teachers and students should be commended,” De Souza said.

He noted that these improvements were realised following the implementation of several initiatives by education stakeholders in the region. “Among these initiatives was the resuscitation of the monthly subject committee meetings…where weaknesses in several subject areas were discussed and strategies implemented, improved and strengthened in the different areas”

Regional Chairman Brentnol Ashley in his remarks urged the graduates to “use all of the knowledge and skills that you would have harnessed over the years make a difference in the development and transformation of this region of ours.”

Delivering the feature address Minister within the Ministry of Public Health Dr. Karen Cummings urged the students to carefully consider what they want to do next with their lives while offering options in the Public Health sector.

Among her words of motivation and encouragement, she urged the graduates to aspire to be agents of social change and make a difference in their communities through innovative thinking, creativity and research.

Also attending the graduation was Minister of Public Affairs Dawn Hastings-Williams who represented President David Granger at the activity. In her charge to the graduates, Minister Hastings-Williams said completion of a secondary education is the beginning of a journey and told them to “fearlessly and courageously pursue their dreams.”