(GEORGETOWN- MOPH)- Laboratory services are often at the forefront of medical advances in any health system: public or private. One can predict that important role clinical laboratories play from testing, diagnosing or screening for maladies to provide efficacious treatment to patients.

As National Laboratory Coordinator at the Ministry of Public Health Laboratory Services, Joyce White-Chin  is ensconced in decoding the mysteries behind ailments.

“Clinicians rely on laboratory results to have a 100 percent accuracy of what a patient might be suffering from. Even for patients who are already on treatment, laboratory results for viral load or CD4, will give a clinician an indication of whether the patient is progressing or regressing”, Whyte- Chin explained. 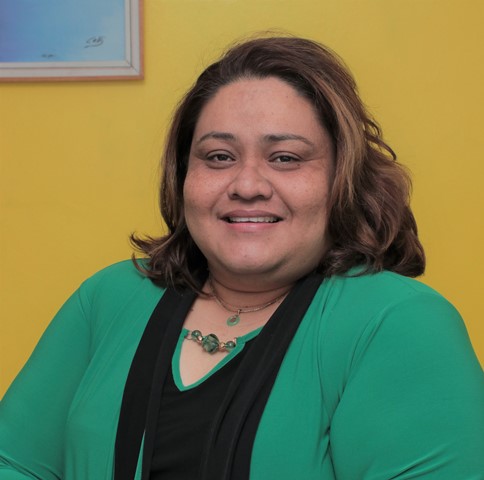 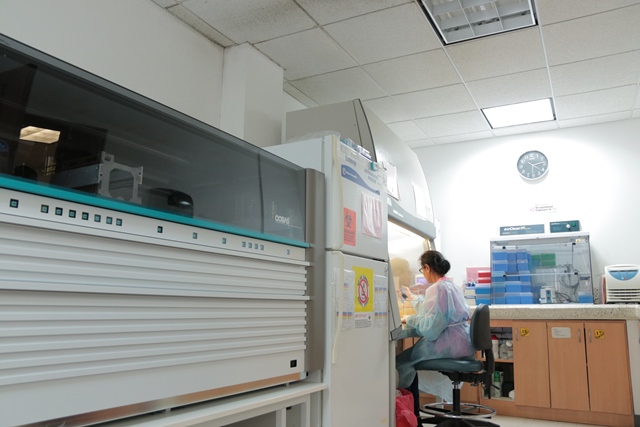 “Laboratory results are also used for research purposes and are also a critical tool for outbreaks in any country. It will also aid in letting a doctor know how to deal with patients who are multi-drug resistant”, the Coordinator said.

The national expansion initiative in the last three years via the Standards and Technical Services division is bearing fruit with improvements in clinical laboratory accuracy and quality at the primary and tertiary health facilities throughout the 10 Administrative Regions.

In addition, for the first time in Guyana’s history, citizens now benefit from ‘microbiological testing’, i.e. culture and sensitivity testing especially for patients with wound injuries.

The goal to bridge the gap in access and quality of service between the coast and the hinterland is being achieved by Barima/Waini (Region One), now being equipped with medical laboratories and can offer point-of-care testing at the Mabaruma Regional Hospital and also at the Moruca, Matthews Ridge and Port Kaituma Hospitals.

In  Pomeroon/Supenaam, (Region Two) there are two fully-functional medical laboratories at the Suddie Regional and Charity Hospitals.

Closer to the capital, there is one main laboratory facility in Essequibo Islands/West Demerara (Region Three) at the West Demerara Regional Hospital (WDRH) where, patients in recent years have been accessing improved care at the Lenora and Wakenaam Cottage Hospitals. Access to these services is the Region eliminates the need  for patients to travel to the WDRH for testing.

Burdens on patients are also relieved in the most populated Region too. Ever since its establishment of the Diamond Diagnostic Centre in 2011 those living on the East Bank corridor for the first time have access to biochemistry and hematology testing.   The former is most often applied to samples of serum, plasma and urine where levels of specific chemicals are measured, and the results compared. The latter testing includes blood and bone marrow cells. Hematological tests can also help diagnose anemia, other kinds of infections, hemophilia, blood-clotting disorders, and leukemia.

In addition, laboratory services are being offered at the country’s main referral facility, the Georgetown Public Hospital Corporation (GPHC) and at the National Public Health Reference Laboratory (NPHRL) while 48 health centres provided a variety of other medical services throughout the 2,232 km² (862 square mile) of Demerara/Mahaica  for its 313,000 population.

“We have our laboratory staff visiting these 48 health centres, five days a week and samples are collected and brought to the different laboratories. The turnaround time is about five to seven days depending on the specialty of the testing. These are new services we have implemented, and they are very effective especially in the health centres in Georgetown where our sole purpose is (targeting) ante-natal mothers” Whyte- Chin pointed out.

In 2018, the MOPH refurbished two laboratories at the Fort Wellington and Mahaicony Hospitals in Mahaica/Berbice, (Region Five). These newly-rehabilitated laboratories are equipped  with microscopes and biochemistry and hematology analysers.

Hon. Volda Lawrence, Minister of Public Health, earlier this month re-commissioned the medical laboratory at the Skeldon Hospital while a new laboratory was also commissioned at the New Amsterdam Regional Hospital in the East Berbice/Corentyne (Region Six) area.

“As one of our major Regional health facilities, it now offers some of the most important tests that are critical to the health sector. They have a blood banking section; they can store and cross match blood for transfusion.  They are able to provide services for ante-natal mothers. They are also able to support other sub-programmes such as chronic disease and they can test for most communicable and non-communicable diseases”, Whyte-Chin boasted.

She added that the Port Mourant Hospital now offers biochemistry laboratory services, an effort that is aimed at significantly reducing the number of referrals to the Region’s main hospital.

In Cuyuni/Mazaruni,  (Region Seven) there are two main laboratories: one at the Bartica Regional Hospital and the at Kamarang Hospital. The latter caters for residents living in the Upper- Mazaruni. There is also a small satellite lab that provides point-of-care testing in Issano for inhabitants of the Middle-Mazaruni, Whyte-Chin said.

The laboratory at the Mahdia Regional Hospital in Potaro/Siparuni (Region Eight) is scheduled for upgrades’ and expansion this year.  According to Whyte-Chin, one medical technologist is currently pursuing enrolled at the Turkeyen Campus of the University of Guyana (UG) while four others are being coursed as future laboratory technicians under the Ministry of Public Health’s training programme. They will be return to serve the Region next month.

It is anticipated that the Ministry will establish a medical laboratory at the Kato Cottage Hospital.

The MOPH has already purchased a new a biochemistry and hematology analyser to boost the existing services in Upper Takutu/Upper Essequibo (Region Nine) and a new medical laboratory is currently being constructed at the Lethem Regional Hospital, in the 57,750 km² (22,300 square mile) community, the largest of the 10 Regions.  Upper Takutu/Upper Essequibo has a population of some 24,200 residents.

“We are in the process of securing equipment for Annai and Aishalton sub-districts and we are also seeking to provide training next month in the entire sub-district for point-of-care testing. We have been doing point-of-care screening across the Region to boost antenatal screening” the National Coordinator said.

She ended the interview recalling that Upper Demerara/Berbice (Region Ten) has three active laboratories that are fully automated. Those are located at the Linden Regional, Kwakwani, and Upper Demerara Hospitals.

Meanwhile, the Public Health Ministry wants to integrate all the lab services in accordance with the GYS170- 2009 standard according to the Guyana National Bureau of Standard (GNBS), which regulates standards for local laboratories.

The MOPH, through its Standards and Technical Services Department will continue providing training and all reagents and consumables to help sustain all public health laboratories across the country.

Currently, the public health sector is staffed with 105 medical laboratory technicians and 24 medical technologists across the 10 Administrative Regions.