Regional radio, a vital tool for our people – PM Nagamootoo

A year after the Coalition Government assumed office, six regional radio stations have been established with a seventh – Radio Essequibo, soon to go on air. Prime Minister, Hon. Moses Nagamootoo noted that radio is a vital medium, especially for persons in far-flung communities.

The Prime Minister was at the time being interviewed by Radio Host, Andrea Joseph on the Voice of Guyana’s (VOG) radio programme ‘Insight’ at the National Communications Network (NCN Inc.). 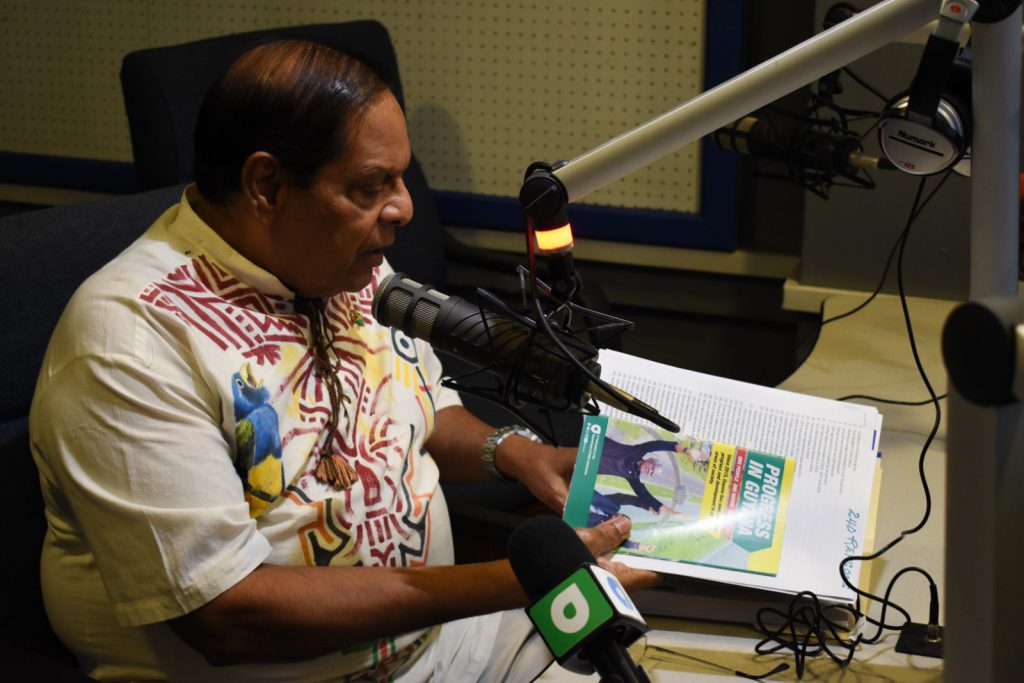 Prime Minister Nagamootoo mentioned that under the present administration, he was given full support in his quest to provide radios for the hinterland locations.

“Under this president…  I found complete accord with the idea that we should have communication on a structured basis with the hinterland communities and President David Granger was the one who said he wants to see a radio station in every town, in every regional town.”

The elder statesman highlighted the fact that radio plays an important role in the lives of people. He noted his pride to have worked with the Coalition Government on the project to have the regional radio stations established.

According to Prime Minister Nagamootoo, immediately upon assuming office, the government “started a creation of the regional radios, VOG, for example, is the mothership right now from which we can broadcast programmes into the interior. Programmes that cover things that are happening in our national life, proceedings in the National Assembly, the address to the nation by the president, major statements or information that will affect the communities.”

He also pointed to the fact that in keeping with the government’s mandate to connect communities across that country, the Guyana National Broadcasting Authority (GNBA) embarked upon the issuance of radio licenses.

“A lot of people now have been brought on board, having been issued a license to broadcast. So now, there are many players and many views. We have opened the country; we have freed up Guyana using the media. The media is not for propaganda, it is for information, education and entertainment.”

The Coalition government has already connected many communities in Upper Takutu-Upper Essequibo Region (Region 9), through the establishment of Radio Lethem, in May 2016, and Barima-Waini, (Region 1) with the setting up of Radio Maburama, in June 2016. The Office of the Prime Minister commissioned Radio Mahdia, Potaro-Siparuni (Region 8) on October 8, 2017, Radio Bartica in Cuyuni-Mazaruni (Region 7) on November 17, 2017, Radio Aishalton in Upper Takutu-Upper Essequibo (Region 9) on February 17, 2018 and Radio Orella, East Berbice-Corentyne District (Region 6) on March 25, 2018. The Office of the Prime Minister also upgraded Radio Paiwomak.