Residents of the logging community of Kwakwani are in high spirits as contracts for internal road upgrades and works on the first thoroughfare to Orealla, Region Six are already under way.

Chairman of the Upper-Berbice Forest and Agricultural Producers Association (UBFAPA), Mr. Derrick Daniels welcomed the $12,180,000 contract that was awarded to R. Razack Business Enterprise to rehabilitate the Kwakwani road network.

“I believe the contract given out for this road will benefit the community. There will be more business. More things will be done in the community,” he said.

The UBFAPA Chairman said he was disappointed that the main access road leading from Linden to Kwakwani is in a better condition than Kwakwani’s internal roads. In this regard, he said the project is long overdue.

Another resident, Mr. Bertram Adolph told DPI the roads in Kwakwani are derelict.  “The road is in a terrible condition right now because of the rainfall and the potholes. So, it needs to be fixed.”

He said the contract should be executed with the focus on producing a quality road that can withstand daily use. The resident said a rehabilitated road will eliminate the current transportation burdens that are imposed by the dilapidated road.

“The price for parts are very expensive. So, if you get the road done properly, you’re going to have less breakdown of the cars,” Mr. Adolph said. 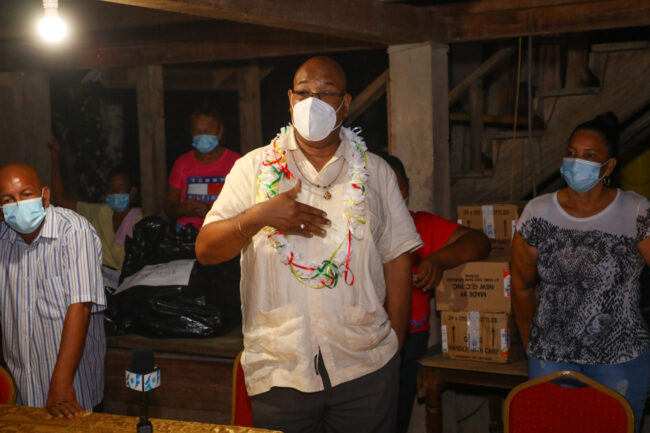 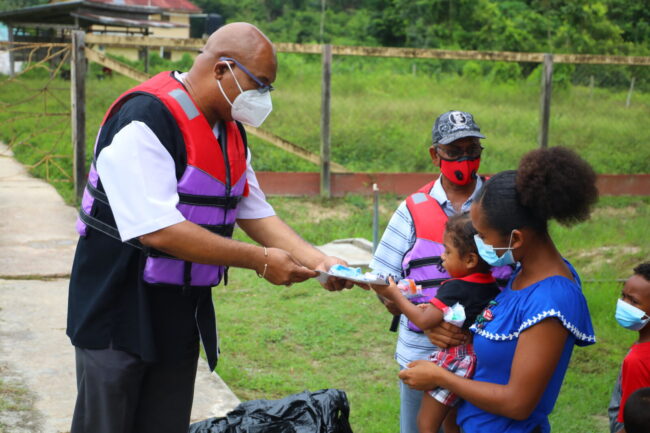 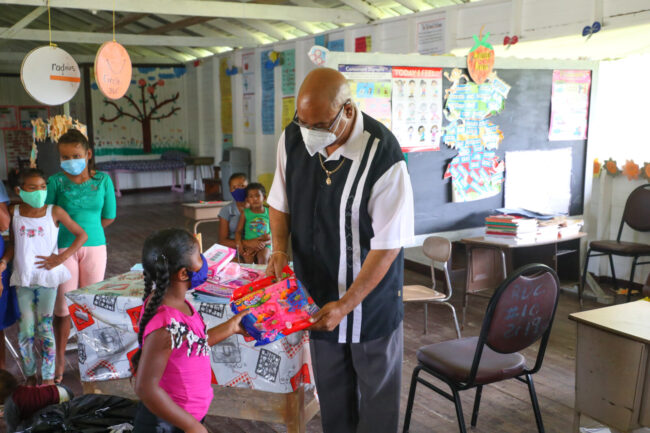 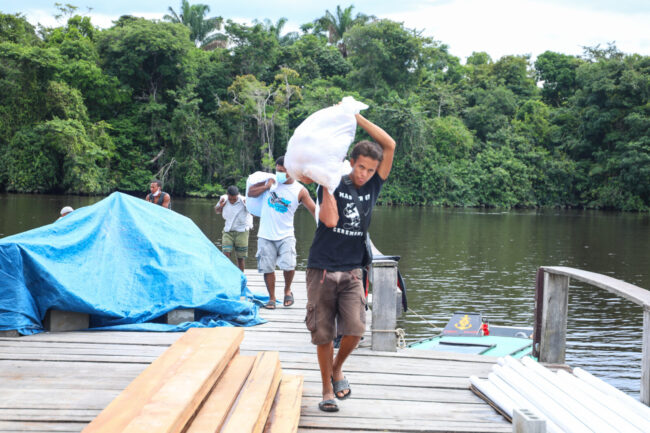 Residents along the Berbice river uplifting their food hampers 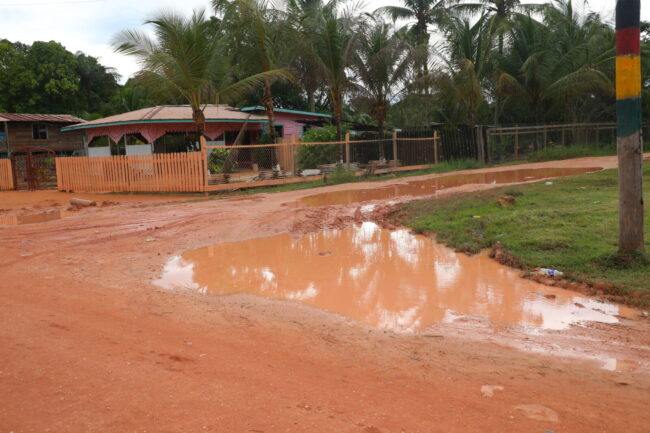 An internal road in Kwakwani 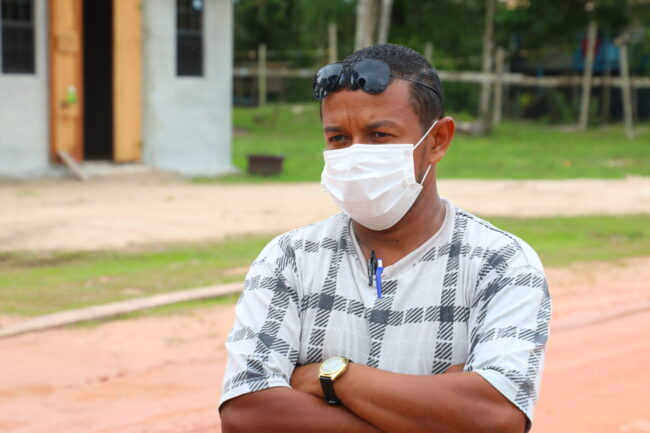 On Monday evening, Minister of Public Works, Hon. Bishop Juan Edghill announced that a road link would be established between Kwakwani and Orealla.  Works have already begun at the Orealla end he said, even as he informed residents of other ongoing infrastructural works included in this year’s budget. While acknowledging that Kwakwani’s economy is predominantly dependent on forestry, Minister Edghill said the new road link will enhance the sector residents have made their ‘bread and butter’.

“It means that you will be able to get access to new lands. Your livelihoods will be able to be restored and also, the quarry at Orealla will be able to come through with the stones to get development and construction at a cheaper cost in this part of Guyana.”

Minister Edghill added that the roadworks represent an effort by the Government to fulfil its pledge to residents of both Kwakwani and Orealla.

“Everything we stand up right here and promise you when we were campaigning, we are delivering it to the people,” he said.

Residents welcomed the initiative, which was developed under the Budget 2020 project.

He also anticipates additional job opportunities for young people in the logging community.

Additionally, Minister Edghill distributed Christmas gifts and food hampers to 16 riverine communities along the Berbice River.  Masks and vitamins were also shared in the communities.