The communities of South Mackenzie, Linden are setting the trend of development through several community enhancement projects.

Recently, Director-General (DG) of the Ministry of the Presidency, Joseph Harmon unveiled a monumental welcome sign, the first of its kind in Linden, at Richmond Hill. The residents and regional officials gathered at the simple ceremony were commended for taking the bold step of development, through communal efforts.

It was highlighted that this is the first step in making Linden a destination town for both tourism and investment.

DG Harmon noted: “This is an important step… and so you must see this as a wider movement, to make Linden a place to attract tourists.” He added, “this here is one small step, that represents a giant leap for the community”.

The residents of Richmond Hill, with some help from stakeholders, pooled their resources together to construct the landmark sign which welcomes persons to their community and also makes a statement about the cooperative spirit they possess.

Deputy Mayor, Wainwright Bethune, who is also the Constituency Representative for South Mackenzie, said that this project is proof of what can be achieved on a greater scale, not only in South Mackenzie but throughout Linden since the aim is to have signs like these duplicated in the rest of the township.

“We are on a positive trajectory as a community. Our objective as councillors, as part of the government, is to demonstrate by our works that we could transform our communities, our constituencies, our town and as a whole, transform this beautiful country Guyana.” 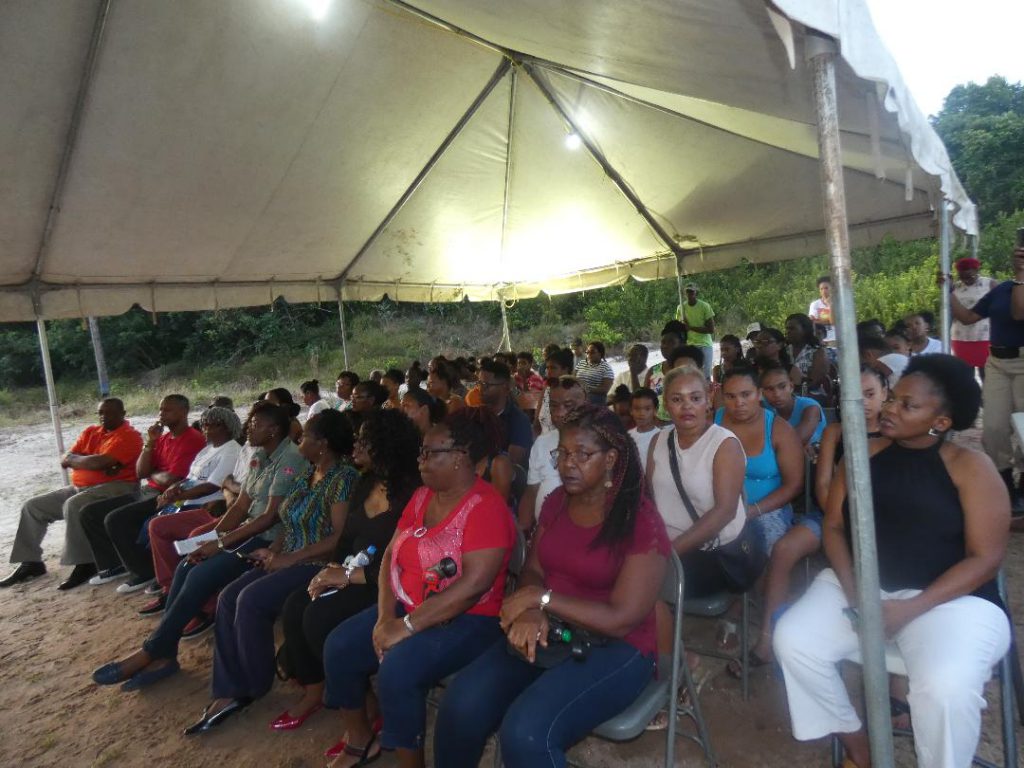 Residents of Richmond Hill present at the unveiling ceremony 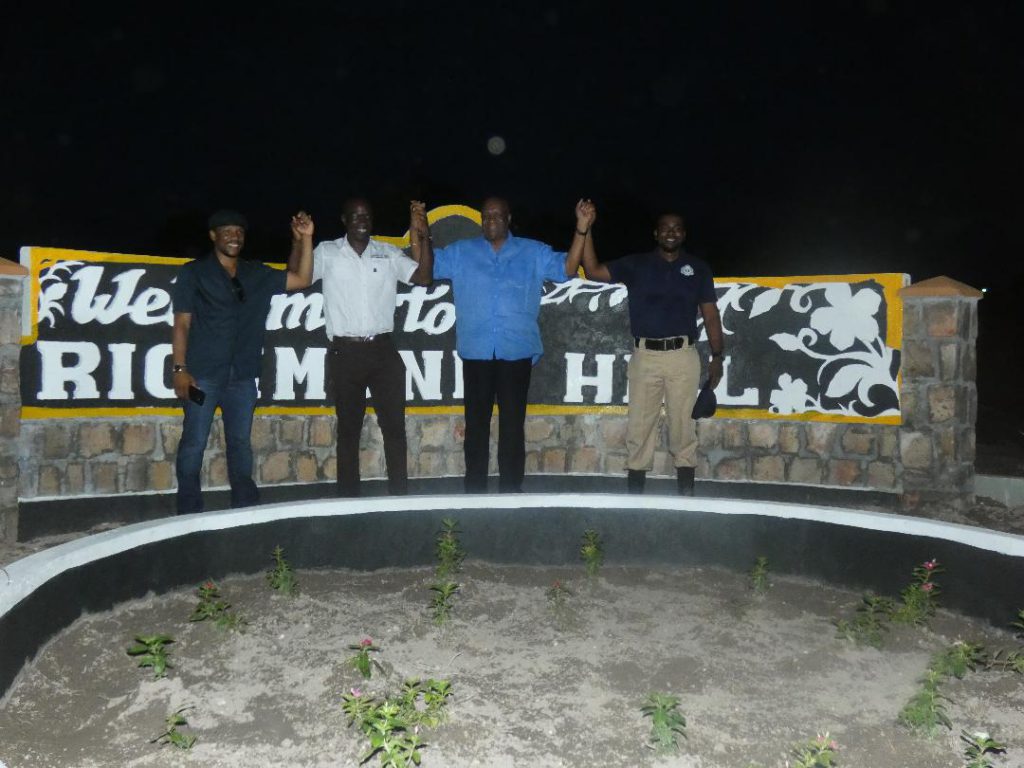 The Community Policy Group (CPG) of South Mackenzie, also played a major role in this community project and its Chairman Dominic Henry said the involvement of members demonstrates that group’s mandate is not only to protect and serve but also to work alongside residents to support community development.

The Richmond Hill welcome sign is the second to be unveiled in South Mackenzie. Fairs Rust was unveiled earlier in the year. The bricks used to construct the signs were made from bauxite waste material (overburden). DM Bethune said that the other two signs for Noitgedacht and Watooka, are expected to be completed by the end of the year.

These communities, amongst others, were once part of the upscale territory in Linden, during the earlier years of bauxite mining and these community projects are aimed at restoring their former glory.

DG Harmon gave his commitment to assist with the construction of one of the two signs. Also present at the ceremony were Member of Parliament, Hon. Jermaine Figueira, Vice Chairman Elroy Adolph and several other regional officials.