─ Tea Party and Concert mark the Month of the Elderly

It was a day of relaxation, entertainment, fashion and a wide variety of delicacies to sample from for more than three hundred senior citizens invited to a Tea Party and Concert held at the Botanical Gardens on Saturday.

The event was a collaboration between the Ministry of Social Protection and the Commission of the Elderly in observance of, “Month of the Elderly.” 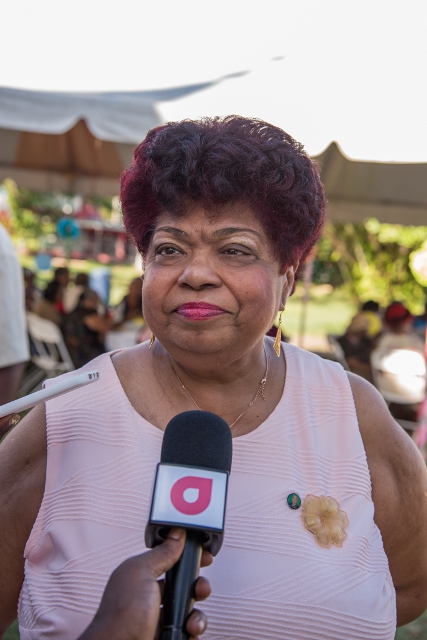 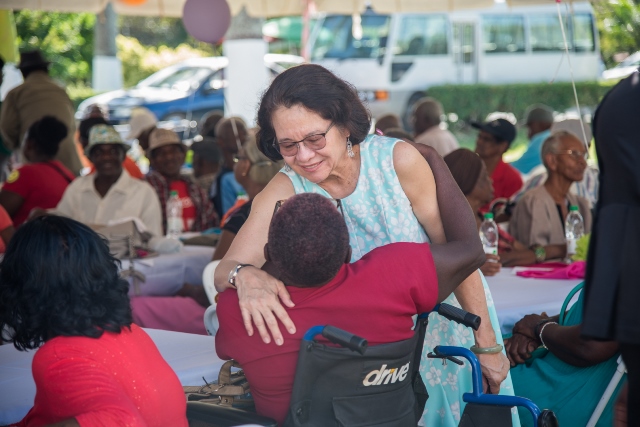 First Lady, Her Excellency, Sandra Granger warmly greets one of the seniors. 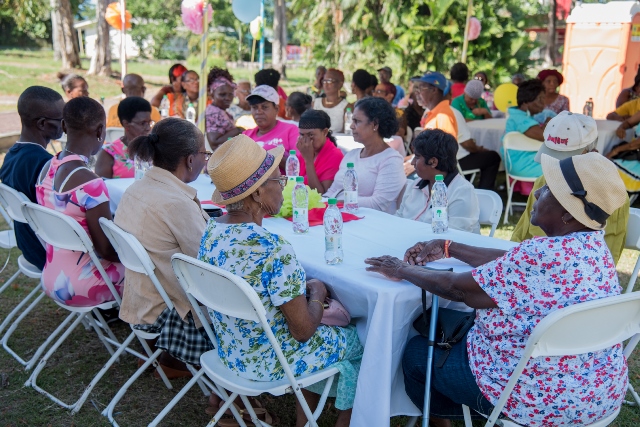 Some of the senior citizens at the tea party and concert event. 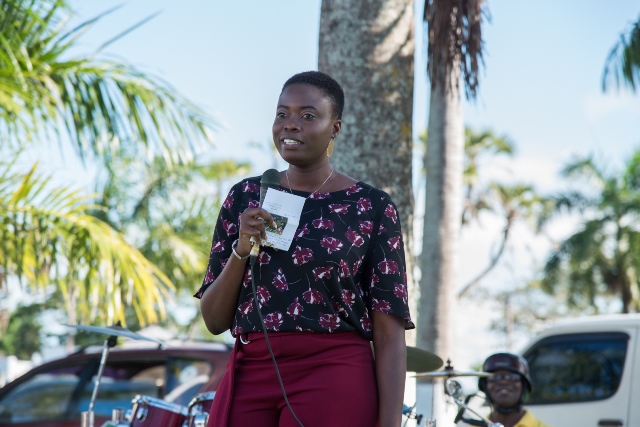 Member of the Commission of the Elderly, Dr. Melissa DeHeart. 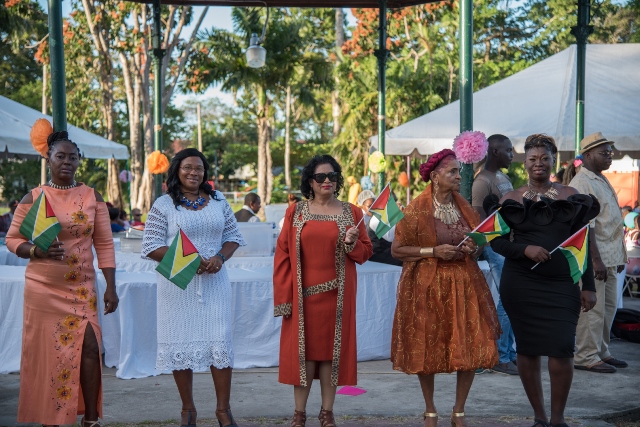 Some of the participants of the fashion show held at tea party and concert at the Botanical Gardens.

It was opened with a prayer followed by a brief sensitisation session on health tips for the elderly by Member of the Commission of the Elderly, Dr. Melissa DeHeart.

“You, our elders have paved the way for our future generations and now we must keep you safe and healthy. As senior citizens your mental and physical should have been priorities, in your young days, many of you may have pushed aside basic health measures but with age, such practice cannot be condoned,” Dr. DeHeart advised,

Health topics, such as hypertension, diabetes, cholesterol, arthritis among other non- communicable diseases were also discussed. She further encouraged them to speak up against any injustice against to break the cycle of abuse against the elderly

Special guests, First Lady, Her Excellency, Sandra Granger and Minister of Social Protection, Hon.  Amna Ally were also present and took the opportunity to interact with the seniors.

Chatting with the Department of Public Information (DPI), Minister Ally said there were several events held in observance of Month of the Elderly.

“We did not only want to focus on Government Homes alone, such as the Palm, instead we recognised all the homes, and it would have been even more lovely if we could have treated all the senior citizens from each region,” Minister Ally said.

The minister noted that many golden lessons can be passed on from the elders to the younger generation but first, they must be appreciated and cared for by all.

The gathering was entertained by a small fashion segment, cultural folk songs by Yoruba Singers and a comedy skit by popular local actor, Lyndin “Jumbie” Jones.

The Month of the Elderly is being observed under the theme, “The journey to age equality.”