Sensitisation and outreach conducted in Baramita

The Ministry of the Presidency, Department of Social Cohesion, Culture, Youth and Sport collaborated with the Baramita Ministerial Task Force to conduct a Community Outreach and a Social Cohesion Sensitisation programme in the community of Baramita from December 13-15, 2018.

During the five-day outreach residents engaged in activities hosted with the aim of improving their lives and fostering development within the community through social and economic growth.

This exercise was hosted in keeping with the mission of the Department of Social Cohesion to support actions that strengthen key partnerships across sectors and facilitate bridging gaps within and across communities to foster social, economic and cultural development in the process of creating enriched lives for all Guyanese. 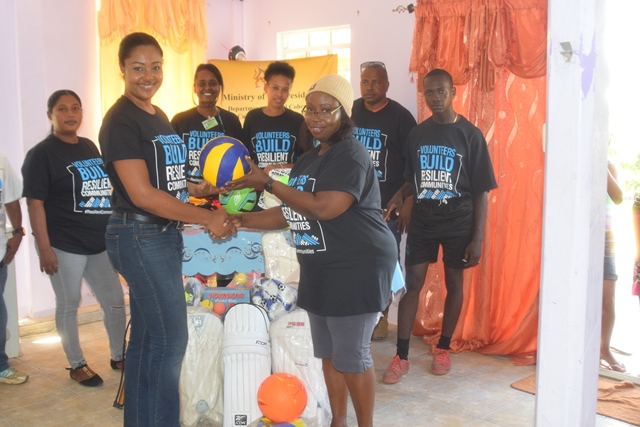 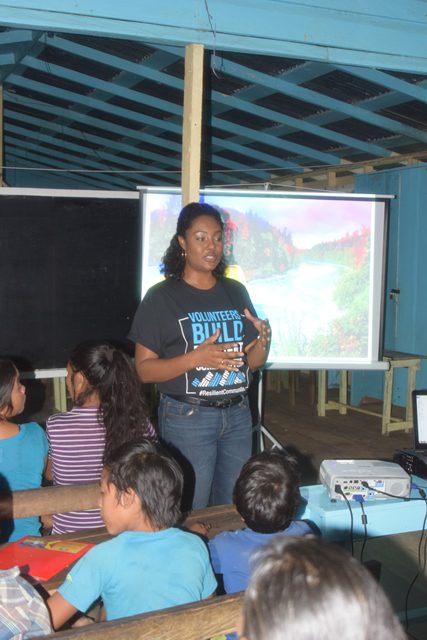 Olive Gopaul, Technical Officer within the Department of Social Cohesion addressing residents during the sensitisation session. 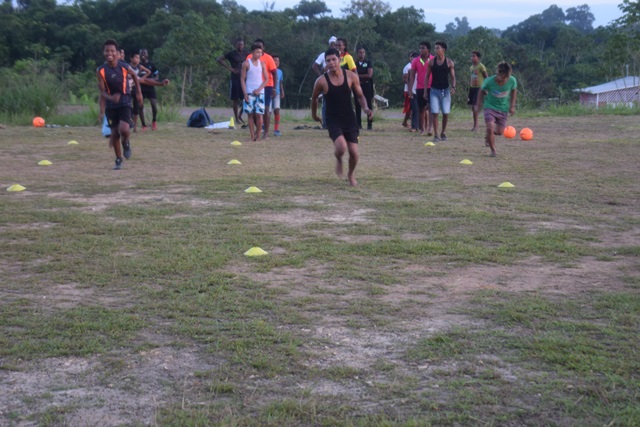 At the commencement of these activities, Olive Gopaul, Technical Officer within the Department of Social Cohesion informed the residents on the work of her Department.  Gopaul urged them to actively participate in the process of building a unified country and to understand what it means to have access to social and economic equality, job opportunities and safety within their community, as those are areas the Baramita Ministerial Task Force was established to improve within the community.

Balogun O. Osunbiyi, Senior Psychologist attached to the Mental Health Unit of the Ministry of Public Health, in his presentation addressed the challenges stemming from diminished mental health resulting from depression and alcohol consumption. He engaged the residents in activities which highlighted the ills of over-consumption of alcohol and the benefits of channelling their energy into activities such as sports. Osunbiyi also addressed the high incidence of suicide plaguing the community by highlighting preventative and supportive measures to combat this occurrence.

The Baramita Sports Club, the first such organisation in the community, was established through a collaboration between the Department of Social Cohesion, Culture, Youth and Sport and the Baramita Ministerial Task Force. The club was created to encourage the residents to participate in various sports as an outlet to foster a greater sense of cohesion within the community as well as access to the opportunities provided by participating in sports.

The five-member executive of the club is expected to provide guidance in all aspects of sports participation for members of the club. Initial coaching sessions were conducted by Coach Gordon Brathwaite of the National Sports Commission who provided training to club members and potential coaches from December 13-17, 2018.

Speaking to the community on the importance of sports participation, Melissa Dow-Richardson, Assistant Director in the Department of Sports further encouraged the residents to become active members of the Baramita Sports Club. Dow-Richardson in her discussion on the Role of Sports in the Development of the Lives of Young People engaged residents on the various sports which are currently active in Guyana as well as the benefits of sports to physical health, socialisation, mental health, academic achievement and positive contributions to community development.

Upon conclusion of the activities hosted, residents expressed satisfaction with the intervention; Eustace Smith who represented the Jehovah Witness Organisation within the community expressed heartfelt gratitude for the initiative. He stated that the village is in need of greater efforts to combat the challenge of illiteracy and added that his Organisation, will support any initiative which will help to empower the residents and bring development to the community.

Toshao of Baramita, Sharmain Rambajue, also noted that “Anything which will help the young people stay away from alcohol will be good. I see sports and education as outlets because then they will channel their energy in that direction; that way they can help to develop the community”

Further, discussions with the newly signed members of the club revealed a sense of enthusiasm among the youth; 28-year-old Kevon Elkena said, “This club will benefit everybody who is interested in sports. We need a sports club where the young people in the community can actually come together and do things other than partying and drinking”

The outreach concluded with the official handing over of sports gear and equipment to the executive of the newly formed Baramita Sports Club and a Stihl Brushcutter donated to the community of Baramita by Farfan and Mendes through the Department of Social Cohesion.