Sugar would not be closed – Prime Minister Nagamootoo

Prime Minister Moses Nagamootoo, speaking today at the Commemorative Ceremony of the 104th Anniversary of the Rose Hall Sugar Estate Martyrs declared that the sugar industry would not be closed.

The Prime Minister explained the series of events leading up to the killing of the 15 Rose Hall Martyrs. Those martyrs, he noted, were Badri, Bholay, Durga, Gafur, Jugai, Juggo, Hulas, Lalji, Motey Khan, Nibur, Roopan, Sadulla, Sarjoo, Sohan and Gobindei, the only woman.

The massacre, Prime Minster Nagamootoo explained, of the sugar workers brought greater attention to the cruelty of the system of indentureship, under which some 240,000 East Indians were brought to the then British Guiana.

Prime Minister Nagamootoo said that “today we pay tribute to the Rose Hall martyrs and all other martyrs and proclaim that their sacrifices were not in vain. The history of bitter sugar goes back some 300 years and is linked to colonial imperialist greed and conquest.”

Tomorrow, March 16, 2017 marks 253 years since 1764 when over 80 African revolutionaries were condemned to death and were executed in horrible ways. Many were burnt to death on slow fire; some were hanged; and others were ripped apart on the rack.  Slavery finally ended in 1838, the same year that the first batch of East Indians arrived, Prime Minister Nagamootoo reminded.

In the world today, Prime Minister explained, sugar estates are closing down very rapidly and “we have to ensure that GUYSUCO does not come out of sugar, we cannot give up the effort to transform the industry, to modernised sugar industry.” Prime Minister affirmed that “the sugar industry would not be closed, I do not see this ever happening in my life time.”

“Today, we pay tribute to the courage of the Rose Hall Martyrs, and commit ourselves to respect and continue their struggles. We reflect solemnly on March 13, 1913 and hope that we could be inspired by the courage of our ancestors to move our country to higher levels of human existence, in their memory and as a tribute to their sacrifice”, Prime Minister remarked.

This is a bitter sweet occasion that reminds us of the cruelty and hardships dealt out to our ancestors, Minister of Public Security and Second Vice President Khemraj Ramjattan said. He noted that Guyanese should be inspired by the heroism that was displayed by the martyrs and urged that we not forget their martyrdom.

Dr Fred Sukdeo, an ancestor of Rose Hall Martyr Nibur, gave a brief history of what transpired on March 13, 1913. He explained that during March, 1913 a colonial planter had promised the East Indian immigrants four days of holiday, but retracted the promise. The estate manager, James Smith, ordered them to return to work but they refused and the planter took the workers to court. On March 13, 1913, the workers were fined and when the police attempted to arrest the five workers, a protest started on the estate. The police were ordered to shoot, and 15 workers were killed, Dr Sukdeo explained. 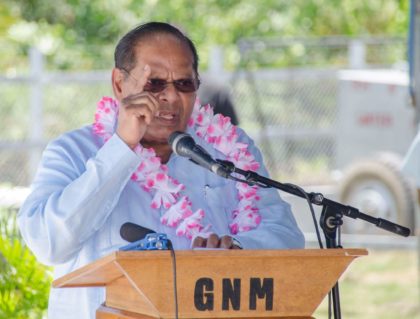 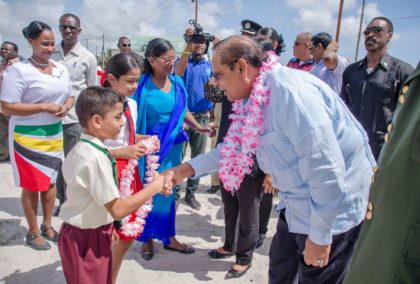 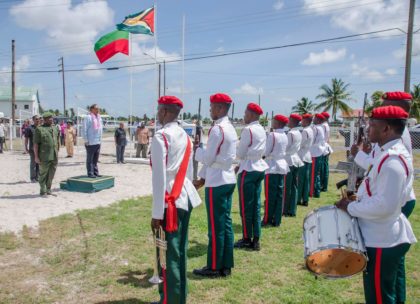 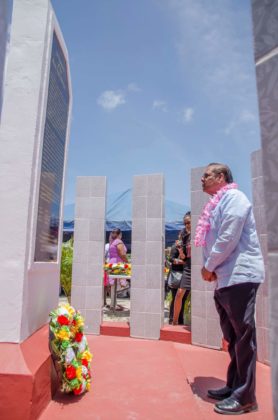