–Plans to focus on constitutional reform if given a seat

The Citizen Initiative (TCI) has joined the race to General Elections on March 2.

With the official kickoff of their campaign today at the South View Tavern, TCI joins the A Partnership for National Unity+Alliance for Change (APNU+AFC), the Peoples’ Progressive Party Civic (PPP/C), Liberty and Justice Party (LJP), A New and United Guyana (ANUG) and The New Movement (TNM) who have already launched their campaigns. 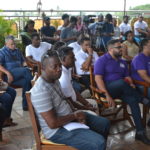 The gathering at the TCI campaign launch 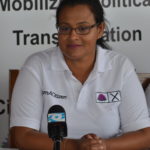 Presidential Candidate Rondha-Ann Lam said her party is comprised of many young professionals that will be seeking to address constitutional reform. This includes power-sharing, gender equity by encouraging more women to step into leadership roles, a better education system and more diaspora engagement.

Lam promised that her party will not make impractical promises to its supporters and the Guyanese at large but will be frank with its support base.

“We want your representatives to come from your communities, they must represent you and you must be able to relate to them. The TCI list consists of ordinary Guyanese. You are going to find teachers on the list in addition to a lot of other professionals that you can relate to in terms of who is representing you in government and ultimately in parliament,” Lam stated.

The goal the TCI presidential candidate noted is to win a few seats in parliament so that they can effect change.