─ Inspiration to other young moms in her community

─ Aspiring to be holder of a Master’s degree in Nursing

She is an advocate for improving lifestyle choices, preventing illnesses and diseases while promoting safe and responsible sex education to the young women in her area of Santa Rosa. She also makes representation for her staff who work with her at the Kumaka District Hospital.

Her name is Eleini La Rose. At age 17, she found herself pregnant with her first child. Like most young women in similar situations – unqualified and unemployed – she worried about being able to support her unborn child. 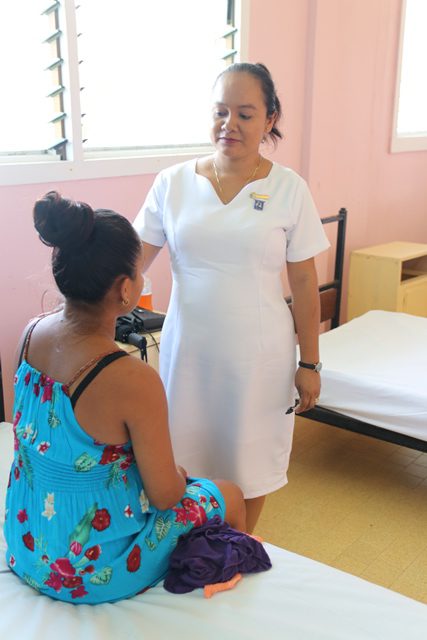 Nurse La Rose and one of her Maternity patients the hospital 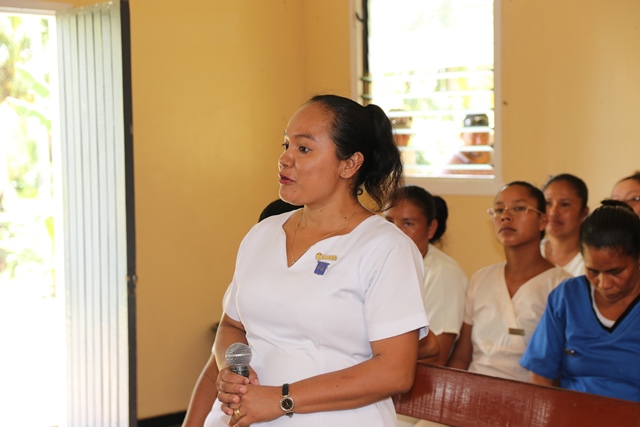 Recalling those early days of motherhood Elenie describes herself as a brave and happy mother. Despite the fact she had no experience in raising a child and financial support was limited, she managed to raise her daughter.

Today at age 34, Eleini still lives in Santa Rosa where she was born. As a Staff Nurse/Midwife attached to the Kumaka District Hospital she is a role model in her community. The Senior Nurse obtained her nursing education from the Charles Rosa School of Nursing in Linden.

Eleni explained why she decided to take up the nursing profession – a longstanding passion of hers. “I like helping people and desire is to help preserve life and as a midwife helping to bring a baby into the world… it’s a joy being a midwife, seeing a baby born caring for them and to help educate the mother how to properly care for the infant.”

Through her job, Eleni also seeks to motivate teen mothers; using her personal story as a reference. She advises them to acquire an education and work towards self-development. “…what I do is let mothers know they can still pursue their dreams and became whatever they want to become,” Eleini explained.

For the future, this role model hopes to have the opportunity to pursue a degree in nursing followed by a masters in the same field. Her work at the District Hospital was recently recognised by the public health Minister Hon. Volda Lawrence and PAHO/WHO Representative, Dr. William Adu-Krow. They noted Eleini’s commitment to ensuring the Kumaka District hospital is a facility where persons can be confident that will receive quality health care.