Public Health Minister, Hon. Volda Lawrence has called for persons to be more cognisant of their health practices.

The minister was at the time opening the Guyana Telephone and Telegraph Company’s (GTT) third instalment of Pinktober, a month-long breast cancer awareness campaign.

In her remarks, Minister Lawrence recognised GTT for the strides they have made in breast cancer awareness in Guyana. She stated that GTT’s Pinktober helps to ensure that more persons are treated for breast cancer as it raises awareness which results in persons being screened and tested. 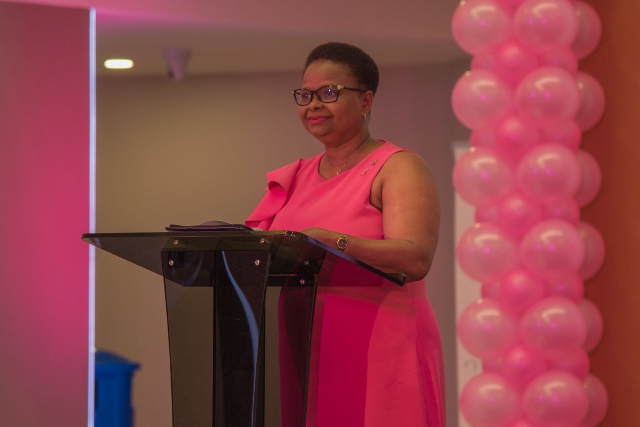 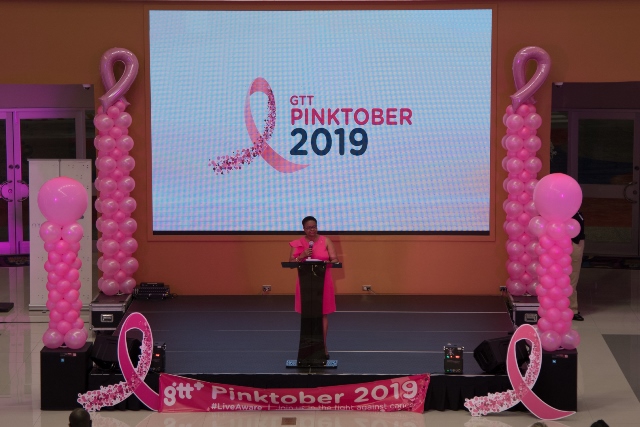 Minister of Health, Hon. Volda Lawrence at the launch of Pinktober. 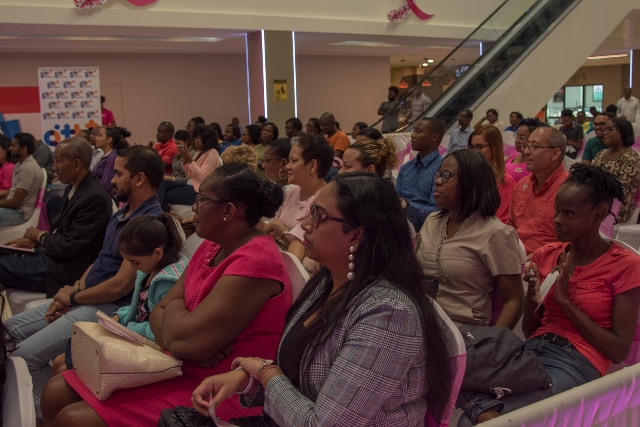 According to Minister Lawrence, it is through campaigns such as this, persons are educated and myths such as it being restricted to one class of people are dispelled. Minister Lawrence reminded the audience that cancer does not discriminate and urged them to get screened.

“Let us take our health seriously and encourage others to do likewise…the time for action is now,” she said.

The Public Health Minister explained that screening is imperative as it leads to early detection and treatment which results in more lives being saved.

“Early detection can have positive outcomes, early interventions can save lives, prolong the life of the cancer patient and in some cases, early treatment can lead to a cure.”

The month-long event kicks off on October 1 with the Cancer Care Symposium and culminates with the 5k/10k walk and run on October 26.

GTT’s Pinktober was initially launched in 2017 and is observed in October each year. The event aims to educate and inform persons about screening, treatment and cancer-care management in an effort to reduce the number of lives lost to the disease and to raise funds to contribute to the facilitation of and access to cancers screening treatment, care and psychosocial support.

This year’s slogan is “Live Aware.” The event, which was held at Movietowne saw performances from GTT Plus Star contestants, testimonial videos from the Giving Hope Foundation and the Linden Cancer Society.