—APNU+AFC National Top Up and Geographic List described as successful

Described as the ‘winning list’, the APNU+AFC’s National Top-Up List and Geographical List have several fresh, youth and female faces to complement its more experienced players.

The list serves familiar faces like Catherine Hughes, current Minister of Public Telecommunications and Foreign Secretary Carl Greenridge. It also comprises some other candidates with considerable experience in their fields with the likes of David Patterson, Jaipaul Sharma, Volda Lawrence and Joseph Harmon.

Minister Simona Broomes is also back on the list. Broomes is known for her extensive work with youths and women.

Fresh, young faces include Youth for Change President Juretha Fernandes who holds a Master’s Degree in Public Administration from the University of Guyana and Roysdale Forde, one of the Attorneys-at-Law that represented the Government at the CCJ in the infamous December 21 vote.

Other include Coretta McDonald, General Secretary of the Guyana Teachers’ Union, Ganesh Mahipaul who serves as Regional Information Officer for Region 3 as well as Head of the Office of Climate Change, Janelle Christian.

With almost 30 years of teaching experience, John Adams is another name on the list accompanied by Michael Carrington, and Linden youth favourite Jermaine Figueira.

WPA’s newest addition to the list is entrepreneur, Kidackie Amsterdam. 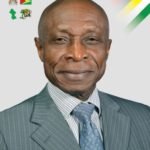 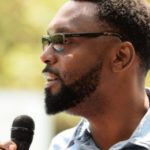 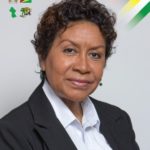 Minister within the Ministry of Indigenous People’s Affairs, Valerie Garrido-Lowe 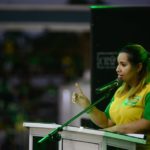 Juretha Fernandes, one of the young faces on the list

Legal Adviser to the Office of the Prime Minister, Tamara Khan is also there along with former Chief of Staff of the Guyana Defence Force, Retired Rear Admiral Gary Best.

Assistant Regional Executive Officer (AREO) of the Moruca Sub-Region in Region 1, Rennita Williams is one of the Indigenous representatives on the list, which prides itself in being the most inclusive list of all.

The Coalition has also retained younger faces like Minister Tabitha Sarabo-Halley and Reynard Ward while some newer faces include Director of Public Information Imran Khan and Michael Leonard, Deputy CEO at NCN.

According to several members of the Coalition, this is the strongest and most inclusive list this election season.

The ‘winning list’ has become a viral social media hashtag and with its inclusion of more youth, women and a wider ethnic dispensation, the coalition is confident of its victory after the March 02 Elections.