Loretta Hyman, a shopkeeper of Parika, East Bank Essequibo (Region Three) was last week, sentenced to three years in prison for the trafficking a young girl in the Mowasi Backdam area back in 2014. 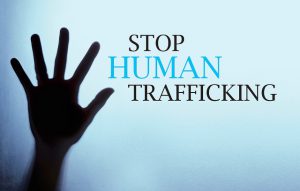 It is alleged that between January 13 – 20, Hyman recruited and transported two women between ages 18 to 30, to the backdam for the purpose of sexual exploitation. However, she was just convicted under one count of TIP since the other victim refused to give evidence on the matter.

The Ministry of Social Protection’s Trafficking In Persons (TIP) Unit, Coordinator Tanisha Williams-Corbin explained that the matter was tried ‘ex parte’. She urged the Guyana Police Force (GPS) to take the necessary action to ensure Hyman is found and brought to face her sentence.

“This is another conviction for 2018 and justice was served. We would have liked to see restitution ordered for the victim during the sentencing, taking into consideration the length of time it took for her to stand court…what the victim would have had to endure in terms of her employment, taking care of her children”, Williams-Corbin added.

The Coordinator said that that the ministry played its role in supporting the victims during that time.

In 2014, Hyman’s daughter recruited the two women to work as a cook and a shopkeeper at their shop at Mowasi Backdam. On their arrival, the accused told the women that there were no vacancies in those positions.  She reportedly told them that there were vacancies for sex workers and that is the reason they were hired.

The girls refused and called their relatives, who immediately contacted the Social Protection Ministry. The TIP department then contacted the Guyana Police Force. Measures were taken to rescue the females and have the accused stand trial in the court.