Several training providers, also known as Masters, whom the Board of Industrial Training (BIT) has approved and licensed to instruct apprentices, were awarded for their sterling contributions to the institution.

The Masters were presented with their awards at BIT’s Competency-based Vocational Training for Employment Cocktail reception and Award ceremony held last evening at the Pegasus Hotel under the theme ‘Apprenticeship in focus.’ 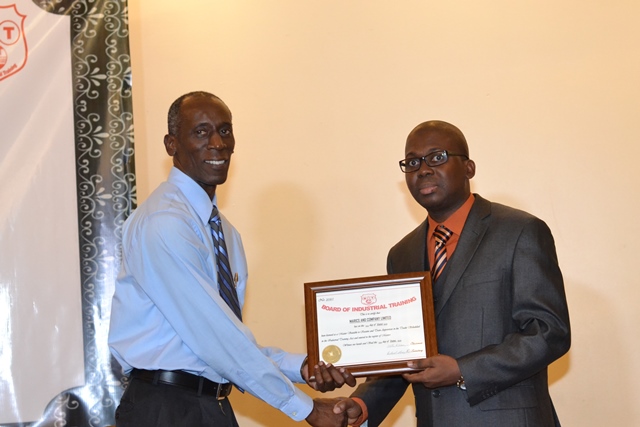 Representative from Marics and Company Limited accepting credentials for becoming a Master, from Chief Executive Officer of the Board of Industrial Training (BIT), Richard Maughn. 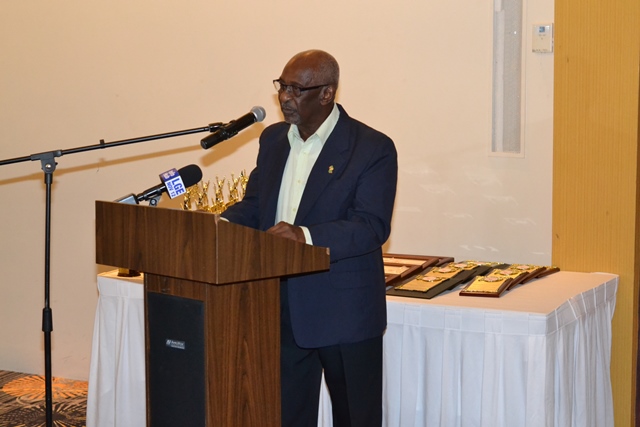 Minister within the Ministry of Social Protection, Keith Scott. 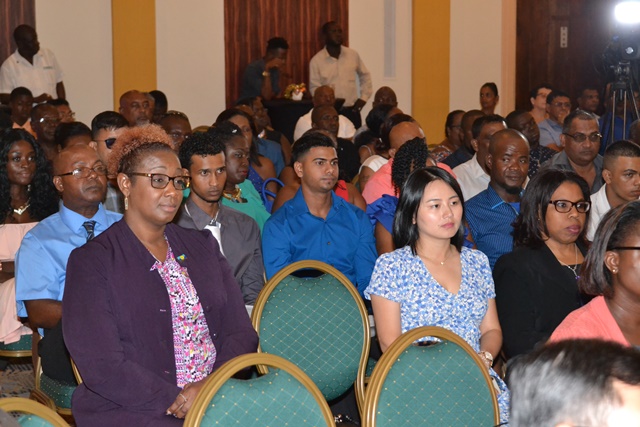 A section on the gathering at the event last evening.

Delivering the feature address, Minister within the Ministry of Social Protection, Keith Scott noted that while BIT provides the oversight of the programmes, his ministry is very appreciative of the integral role played by the trainers in every formal Apprenticeship Scheme.

“The effectiveness of Masters in the context of fostering motivation, commitment and the right attitudes in an enlightened environment will determine the success of an Apprenticeship Scheme and by extension any business enterprise. The concept of alleviating attrition through strong apprenticeship programmes and the building of cohesive teams cannot be overemphasized,” Minister Scott explained.

The minister singled out the Guyana Sugar Corporation (GuySuCo) as one of the Trainers/Masters which significantly contributed to BIT. He encouraged others who are not yet licensed to take the necessary steps to become Masters of High Repute.

There are nine functioning Masters with an additional three which have been recently approved. Chief Executive Officer of the BIT, Richard Maughn said that during the last 18 years under the traditional apprenticeship scheme 1,380 persons were fully trained for the labour force. The scheme has also secured 100 per cent employment for the programme’s beneficiaries after their training.

According to Maughn, in the future, the BIT centre will be modifying its mandate to substantially improve the delivery of its apprenticeship programme. Some of the measures it will take seek to establish long-term and broad consensus across the political spectra and with its social partners, utilise labour market intelligence on skill needs, promote the value of apprenticeship among employers and establish appropriate governance arrangements with the employer or employer-led organisations.

At the end of the official ceremony Skeldon Energy Incorporated, Marics and Company Limited and Nand Persaud and Company officially received their credentials as licensed as Masters.

GPL, GuySuCo, DDL and BOSAI were among those awarded for their sterling contributions over the years.