The future is already set for 34-year-old Ronald Thomas of Nismes village, West Bank of Demerara.

In less than a year, he will be opening the doors to his mechanic shop, creating employment opportunities for other youths in his community.

While life has not been a “bed of roses” for the former Disc Jockey (DJ), he is confident that the training he will receive at the Ministry of Education’s Industrial Training Centre, will transform his situation for the better. 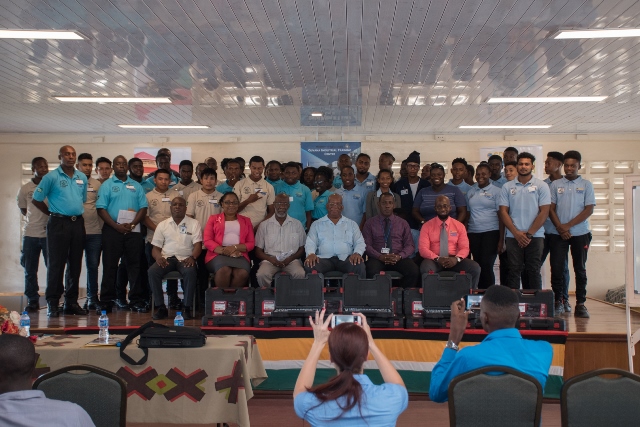 Students of this year’s BNTF training programme pose with Finance Minister, Hon. Winston Jordan and other officials at the launching ceremony on Wednesday. 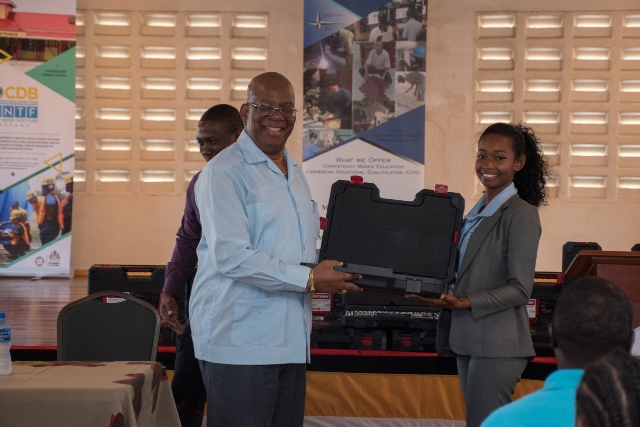 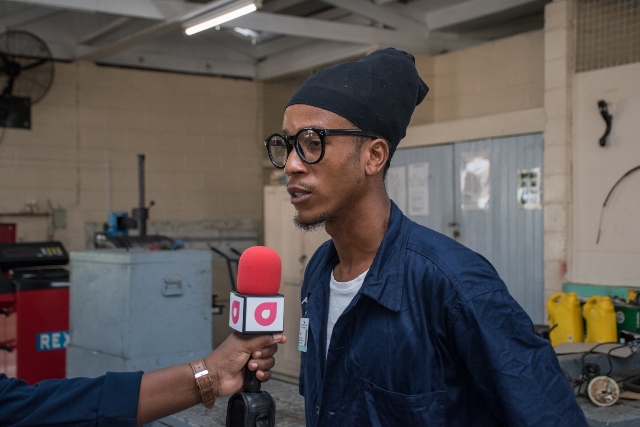 Ronald Thomas, who has plans to open his mechanic shop next year. 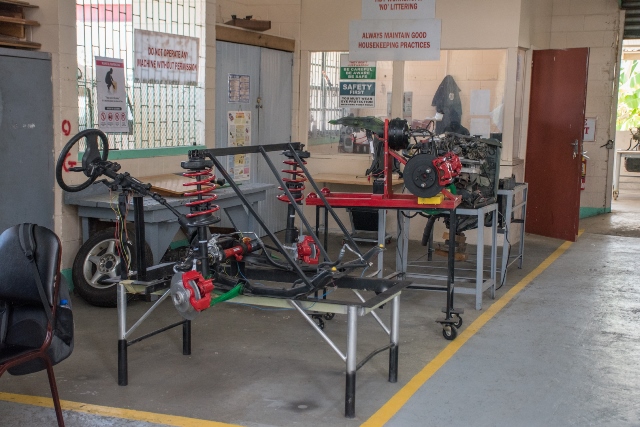 Some equipment in the workshop.

“Five S is something that you grow as individuals to adapt in your everyday life, which will take you where we are today at GITC from a negative set of children to positive. Where we did not have dreams, now we have dreams along with visions. We never had hope, now we have faith and much more,” Thomas said during his “story of change” at the official launching of the programme today.

Like Thomas, 74 other young men and women are being trained in Motor Vehicle Servicing and Repairs – the brainchild of the International Decade of People of African Decent Guyana (IDPADA-G). With funding from the Ministry of Finance’s Basic Need Trust Fund (BNTF), $33M has been made available for the 75 students- 25 at the Guyana Industrial Training Centre (GITC) and 50 at the Guyana Technical Institute (GTI) to be trained in the programme.

The one-year training commenced in September at both technical institutions.

Finance Minister, Hon. Winston Jordan said society must view vocational training as not only a second chance for school dropouts but as an integral part of any school’s curriculum.

“You can have 18 A’s, and you could still want to be an automotive mechanic or engineer. But the whole thing is, whether you have 18 subjects or no subjects, vocational training in education must be seen right there with any other training.”

Minister Jordan said the training being offered is timely in Guyana as, according to the GRA, between 2014 and August 2019 41, 500 vehicles were imported into Guyana. Also, with the advent of oil and gas, and the expectation of more vehicles, the need for more local mechanics will equally increase.

It was revealed that Chairman of the IDPADA-G, Vincent Alexander approached the BNTF for support for the programme.